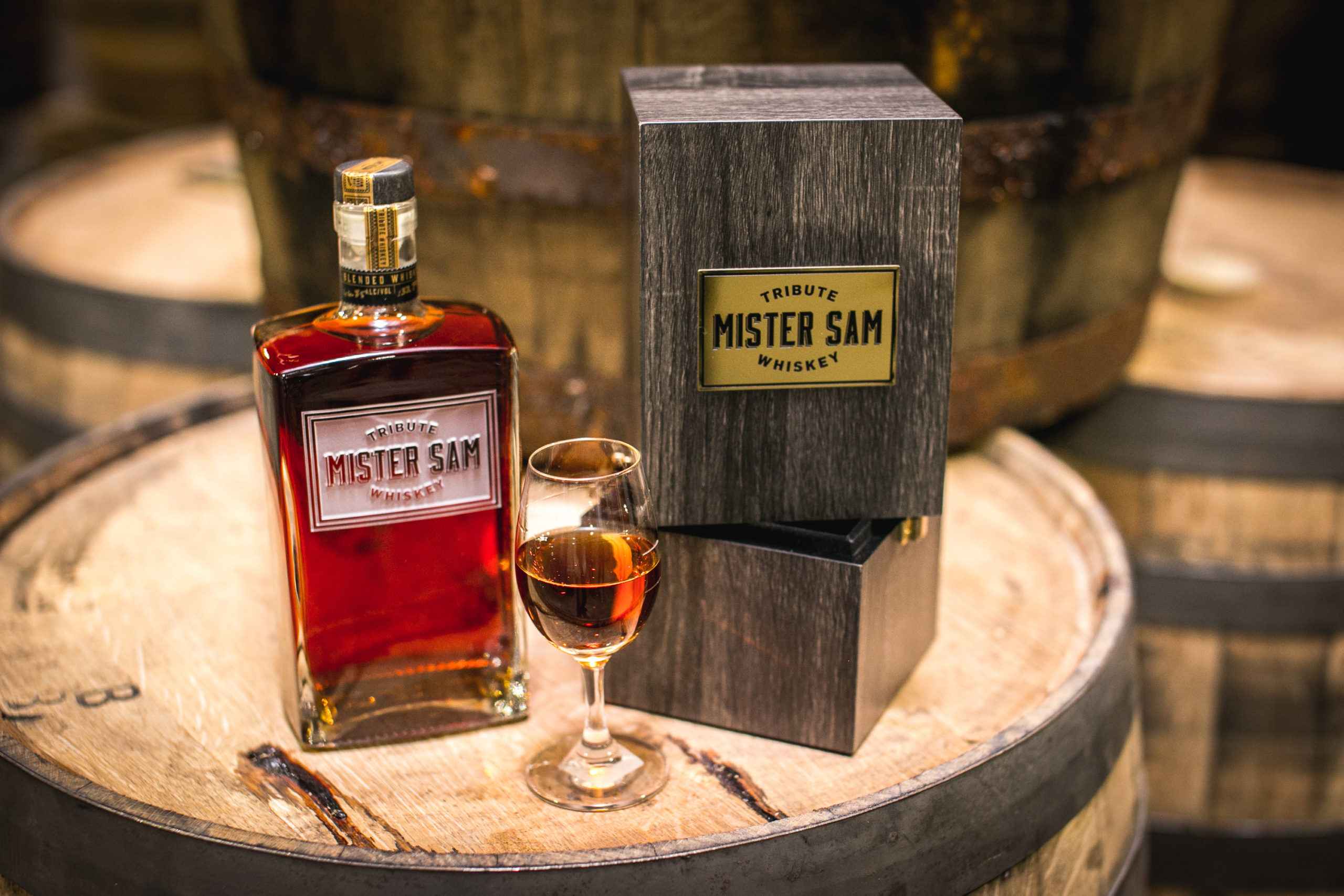 The Sazerac Company is releasing its second edition of “Mister Sam,” a blended whiskey expression made with some of Sazerac’s finest American and Canadian Whiskeys.

Created to honor Sam Bronfman, or “Mister Sam,” as he was affectionately known, this blend was created by Sazerac’s Master Blender Drew Mayville whose career included 22 years at Seagram’s where he was the fourth and final Master Blender under the Seagram dynasty. Mayville had an arsenal of Sazerac’s best American and Canadian Whiskey stocks at his disposal while developing Mister Sam.  This project holds a special place in Mayville’s heart, a native Canadian now living in Kentucky.

“Creating Mister Sam has been one of the highlights of my career,” said Mayville.  “The second release is very evocative of the first, with the same bold and complex flavors, but I believe this blend to be even closer to perfect.  We’ve blended it with whiskies that slightly softened the explosive finish to allow a greater enjoyment of the essence of the whiskey.”

Montreal served as the headquarters of the legendary Seagram Company and its patriarch Sam Bronfman. The ties between Sam Bronfman’s Seagram’s Company and The Sazerac Company span nearly 80 years, when Sazerac’s owners became one of the first distributors of Seagram brands in the United States, forging a long-lasting relationship between the two companies.  Today, Sazerac owns 15 former Seagram’s brands including the iconic Seagram’s V.O., Seagram’s Five Star, and Seagram’s ’83, along with its own Distillery in Montreal.

Despite Sam Bronfman’s humble origins as an immigrant to Canada from Imperial Russia in the late 1800s, Bronfman would go on to propel Seagram’s into the then largest and most successful distilled spirits company in the world.  Relentlessly focused on making and blending the finest whiskies possible, maintaining the highest quality standards in the industry, creating cutting edge packaging to appeal to consumers, and driving incessant product innovation, “Mister Sam” created some of the world’s most iconic spirit brands while at the helm of the Seagram’s empire until his death in 1971.

The first release of “Mister Sam blended whiskey in 2019 was lauded by spirits industry heavyweights and received several prestigious industry awards.  Highly regarded spirits reviewer and author F. Paul Pacult gave it Five Stars and noted that it is “An Instant Classic” with a finish “that’s hugely satisfying.”  Davin deKergommeaux, a foremost expert on Canadian Whisky, noted “Mister Sam” was one of the greatest whiskey achievements he had ever tasted.  The initial release also earned a Gold Medal at the 2020 and 2021 San Francisco World Spirits Competition, a Gold Medal (96 points) at the 2020 International Wine and Spirits Competition, and Best Blended Whiskey in the 2021 World Whiskies Award.

Bottled at Sazerac’s Old Montreal Distillery in Montreal, Quebec, this release of “Mister Sam” is 122.6 Proof and it will be available only in the United States and Canada.  Suggested Retail Price is $249.99.  Bottles of “Mister Sam” are presented in an elegant wooden box and included a copy of the legendary “From Little Acorns” book which Sam Bronfman penned in 1970 and which details the history of the Seagram’s company.

The Old Montreal Distillery, located adjacent to the Port and Old Montreal, dates back to 1929. Sazerac purchased the Distillery in 2011 and brought distilling back to Old Montreal for the first time in decades when it installed a still and began producing whisky in early 2018. The Distillery has recently added a visitor center which pays tribute to Mister Sam and a gift shop.  Public Tours will be offered soon.