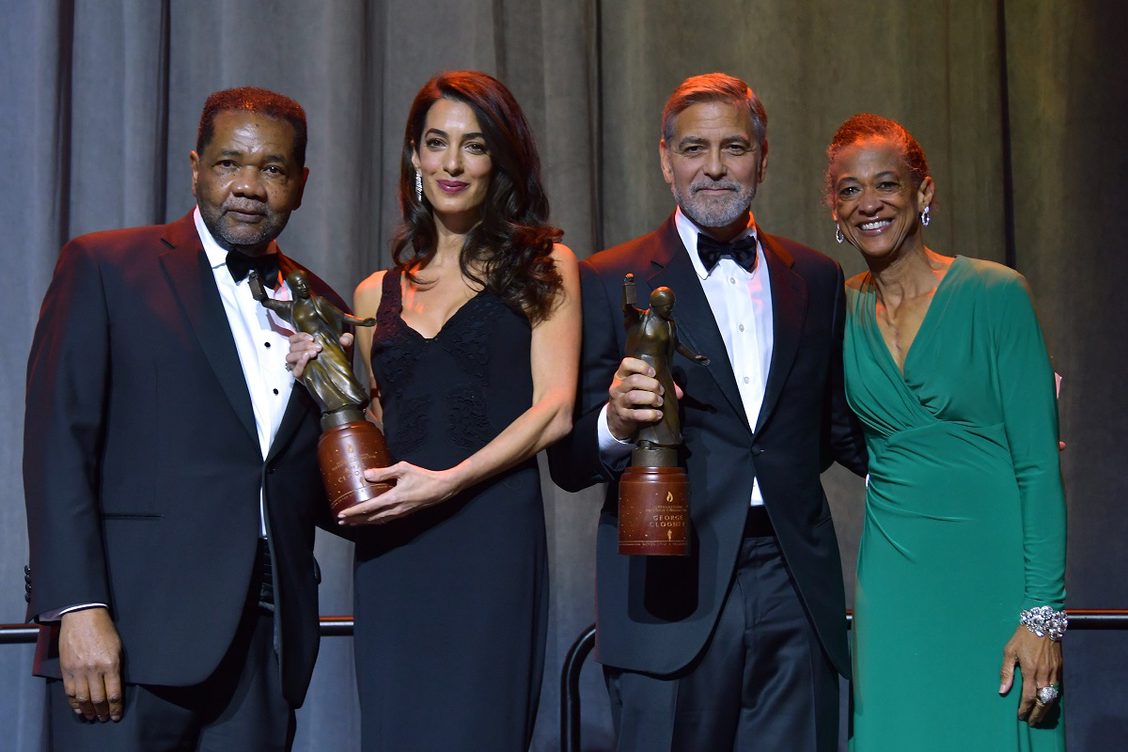 The International Freedom Conductor Award is the Freedom Center’s highest honor. The award recognizes the contributions of contemporary individuals who, by their actions and personal examples, reflect the spirit and courageous actions of conductors on the historic Underground Railroad, the nation’s original social justice movement.

“As many despair in the darkness of injustice and oppression, our International Freedom Conductors stand bright and defiant, showing the power of an individual emboldened in the name of freedom to extinguish the darkness,” said Woodrow Keown Jr., president and COO of the National Underground Railroad Freedom Center.

“The work of Mr. Stevenson, Congressman Lewis, and Mr. and Mrs. Clooney represents systemically, historically, and categorically the injustices we continue to fight in our pursuit of freedom. They are conductors on our current path to freedom.”

At the event, Keown unveiled the institution’s vision for its future. Among the priorities outlined were more accessible educational resources, world-class diversity, equity, and inclusion training to serve a broader, multi-generational audience, and upgraded contemporary exhibits with modernized content to enhance the museum experience and address ongoing social justice issues.

“We’re at a pivotal moment in time where the tools to enact meaningful change and build a more equitable country are desperately needed. We must work collaboratively to disrupt the cycle of frustration perpetuated by these systemic issues that continue to devastate the pathway to freedom for all,” Keown said.

More details about the future direction of the Freedom Center and how individuals can get involved and contribute will be coming in the new year.