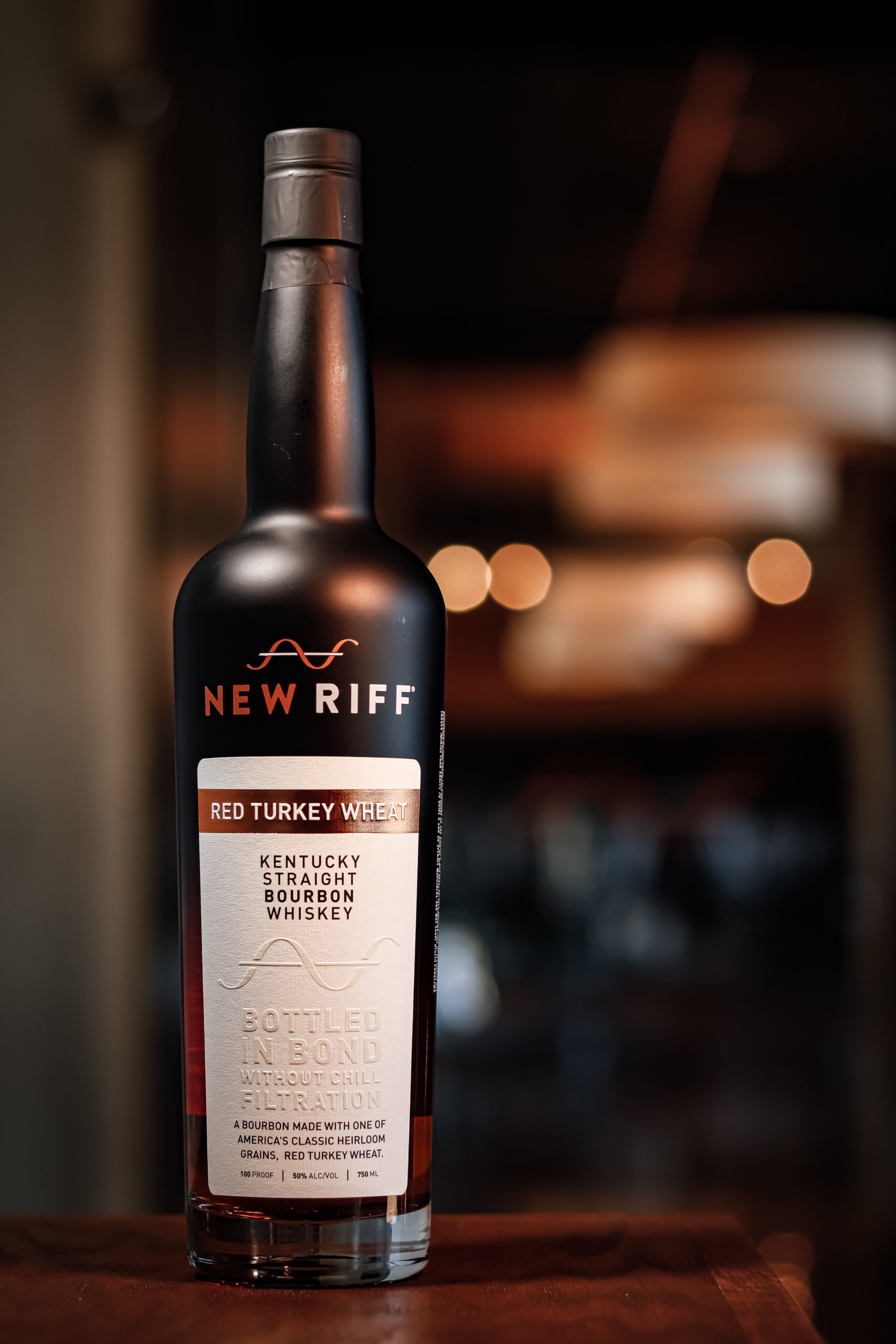 “Just like heirloom tomatoes, heirloom grains offer flavors and aromas that are distinct from — and often simply better than — modern hybridized grain varieties,” said co-founder Jay Erisman. “We enjoy helping to preserve these old grains, but the real reason we do it is for the flavor in the glass. We wondered what wheated bourbon would’ve tasted like 100 years ago, before modern agriculture bred so much flavor out of wheat in exchange for ever-increasing yields and ease of transport and storage.”

Erisman said Red Turkey has more protein and less starch than modern wheats, decreasing yield but offering a far wider and richer depth of flavors.“To our knowledge, this is the only Kentucky sour mash wheated bourbon produced in modern times from Red Turkey Wheat,” he said. “Wheated bourbon is very popular these days, but with few exceptions, it all uses modern hybrid wheat varieties.”

New Riff’s whiskey makers have hunted for heirloom grains since the early years of the distillery, Erisman said, including Balboa Rye and heirloom corn varieties like Yellow Leaming and Blue Clarage.

In 2016, New Riff reached out to local artisan bread-makers Blue Oven Bakery and asked if they were using any heirloom grains. A partnership was formed, with New Riff purchasing Red Turkey Wheat from the bakery. For this first batch of Red Turkey Wheated Bourbon, the wheat was grown in Ohio and sourced from Blue Oven Bakery — and mashed with New Riff’s standard, non-GMO supply of corn and malted barley.

The new Red Turkey Wheated Kentucky Straight Bourbon delivers “gristy, grainy, bready” notes on the nose, Erisman said, with a balance of oak and confection, dark fruits, and a top citrus note. On the palate, the bourbon is “chewy and remarkably zesty, even citrusy,” with moments of dark stewed fruit. Erisman said it is moderately sweet and well-balanced, with hints of black cherry skin on the finish. He described the finish as “complicated and exceptionally long, zesty and full of grain character” against bright citrus and dark fruit skin.