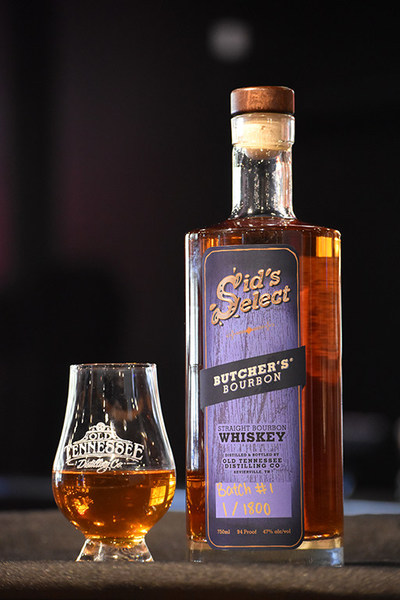 Sid’s Select is made from a blend of malted barley, rye, and heirloom corn which is grown and ground locally in East Tennessee.

Once the bourbon was determined ready, Old Tennessee Distilling Company hand-selected ten white oak barrels and tempered the whiskey with pure English Mountain Springwater to create a 94-proof spirit with a vanilla-honey aroma and flavor notes of herbal sage, vanilla, toasted graham cracker, ginger, and hints of cinnamon.  After aging for five years, each bottle was labeled and filled by hand, bringing the seven-year dream to its long-awaited close.

After navigating the roadblocks of being a start-up in the industry, they filled their first barrel in August 2016, launching one of the fundamental truisms of the whiskey industry — waiting.  Sadly, Sid passed away before the bourbon had time to fully mature and mellow enough to release the final product.

Determined to bring his vision to fruition, Sid’s wife, Jo, continued working with Kent to turn the seven-year dream into reality. “I believe Sid would be proud of the bourbon that we produced,” said Merritt. “I know I am.”