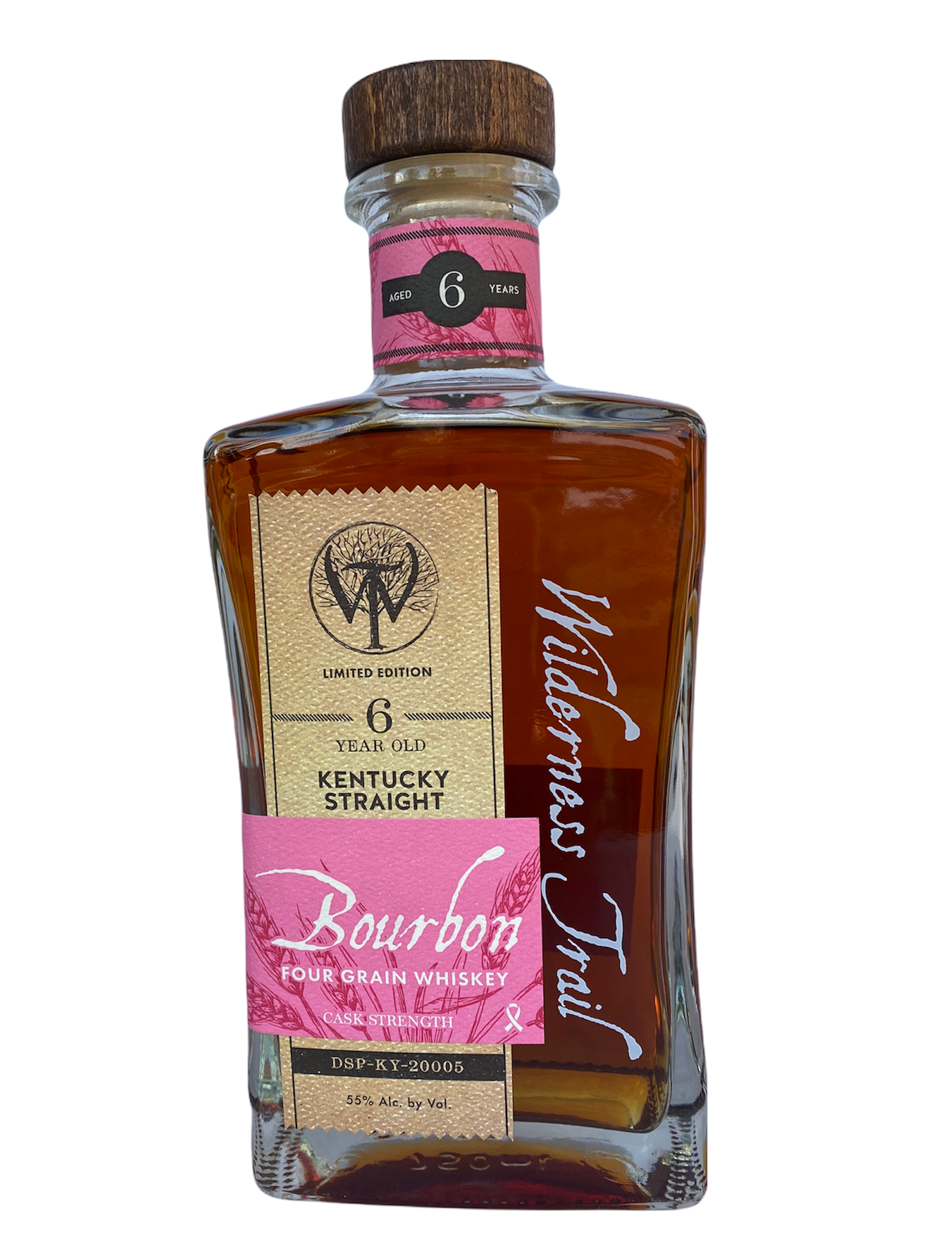 Hot pink is the color of the label for Wilderness Trail Distillery’s six-year-old, fourgrain, cask-strength Bourbon to be sold during the Dec. 10 and 11 holiday open house.

The cost is $250 per bottle with proceeds from the sales going to Wilderness Trail’s charity fund that supports families impacted by cancer. There is a limit of six bottles per person. The distillery will sell ¾ ounce pours of the pink label for $25 as a way for people to enjoy this rare Bourbon and support the cause.

A four-grain is rare for Wilderness Trail as the distillery’s usual Bourbon mashbill is either 64% corn, 24% wheat and 12% barley or 64% corn, 24% rye and 12% barley. Master Distiller Shane Baker and distillery co-owner explains that in October 2015 Wilderness Trail was making a seasonal change over from rye small grain production to wheat. As the grain bin was being purged to accept the wheat crop, there was not enough of the rye to set a full fermenter with a regular mash bill.

“We immediately jumped at the opportunity to work with four grains and create Wilderness Trail’s first-ever four-grain Bourbon whiskey. Since we had enough rye small grain for half of our normal mash bill of 24% rye, it offered the perfect approach to our four-grain mash bill to add 12% wheat for a mash bill of 64% corn, 12% rye, 12% wheat and 12% malted barley, a linear expression of our two Bourbons. We kept our ester rich yeast strain we use in our Bourbons and went into the barrel at our standard 110 proof for Bourbon.”

The distillery plans to produce more four-grain Bourbon, but there will be a gap of several years before the next release. Proceeds go to the distillery’s cancer charity, which aids people impacted by cancer in many ways.

“We have paid overdue bills, bought meals for families, and set up college funds for surviving children. Proceeds from this special release will be offered to more families over the holidays this year,” says Baker.