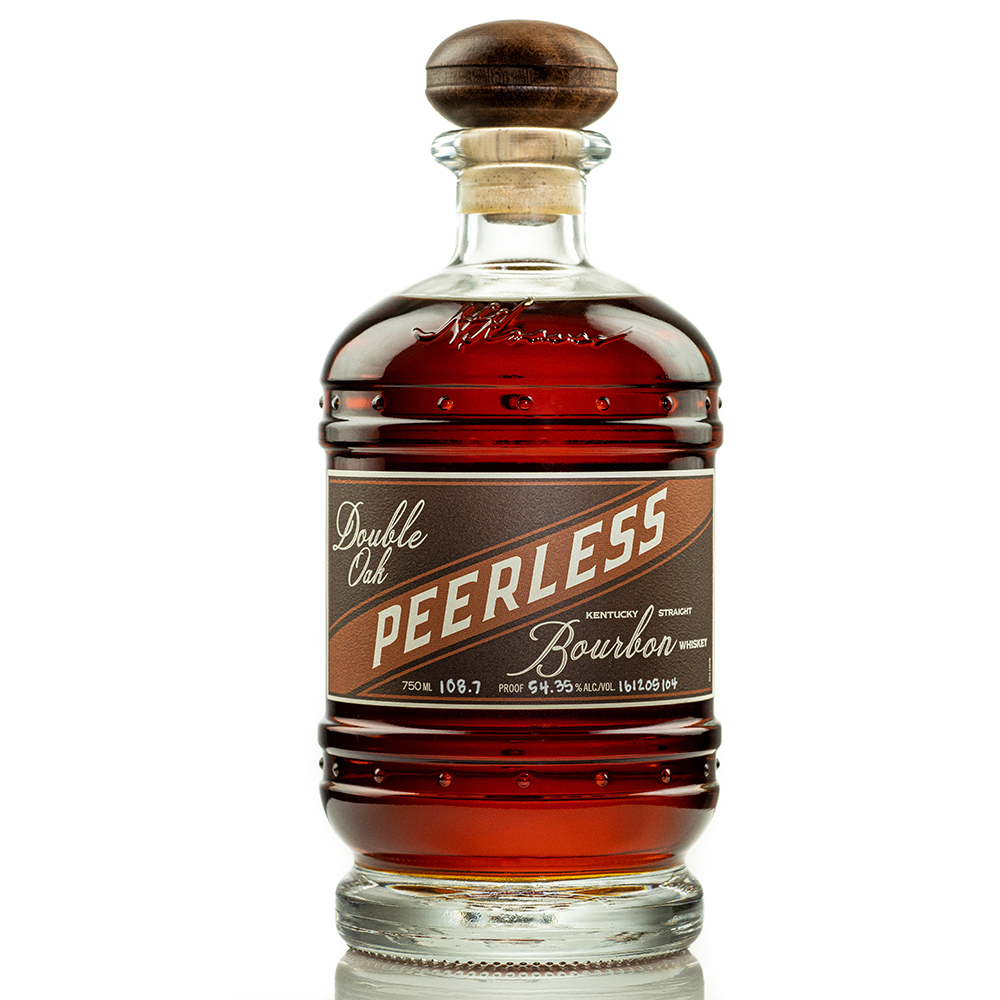 Kentucky Peerless Double Oak Bourbon is named number 8 in Whisky Advocate’s Top 20 Whiskies of 2021. Each year, Whisky Advocate Buying Guide reviewers collectively sample hundreds of whiskies. To determine their Top 20, they begin by looking only at whiskies that rated “outstanding” (90 points or higher on Whisky Advocate’s 100- point scale). In addition to quality, the selection also prioritizes value (based on price) and availability.

To celebrate, the first 50 bottles of Double Oak Bourbon sold will be signed by Master Distiller Caleb Kilburn. Pre-orders start on Monday, December 13th. Exposing Peerless Bourbon to two separate casks allows for two full barrel extractions resulting in supercharged notes and supreme complexity and mouthfeel. The dedicated Peerless tasting team strategically selects barrels with prominent grain, fruit, and herbaceous notes that are complimented well by the extra barrel character. This population of barrels is packed with flavor yet balanced enough to uphold the Peerless name.

About Kentucky Peerless Distilling Co. After beginning barreling in 2015, the Taylor family has been patiently crafting one barrel at a time. Corky Taylor, Fourth Generation and CEO has been breathing life back into his great-grandfather’s legacy that originally started in 1889. Peerless released their first Bourbon in 102 years standing true to what the first generation once started. The Taylor family has taken no shortcuts in crafting quality whiskey surpassed by none. All under one roof in Louisville’s Bourbon District, the select grains are milled, cooked, fermented, double-distilled and barreled as bourbon and rye.

Kentucky bourbons to try in 2023