To celebrate that, the company is proud to announce The Bluegrass Trilogy. This release consists of three different bottles, labeled batches 15.1, 15.2, and 15.3 respectively. The release began as a blend of three different Kentucky Straight Bourbon Whiskeys aged 6, 9 and 12 years respectively that was then finished in Dark Rum casks from the Florida Keys.

We took half the rum-finished blend and finished it in Tawny Port casks, and the other half went into Apera Sherry casks. Once both of those were ready, a portion of each resulting whiskey was then blended together, creating a third expression. Three Distillates. Three Finishes.

To further celebrate this unique release, Four Gate Whiskey Company offered a very limited number of three-bottle sets to distributors for pre-sale to retailers prior to its release. The sets are packaged in a hand-crafted wood case made by Brad Raynor of Raynor Shine Designs in Everett, WA. Each set contains all three expressions with matching bottle numbers. 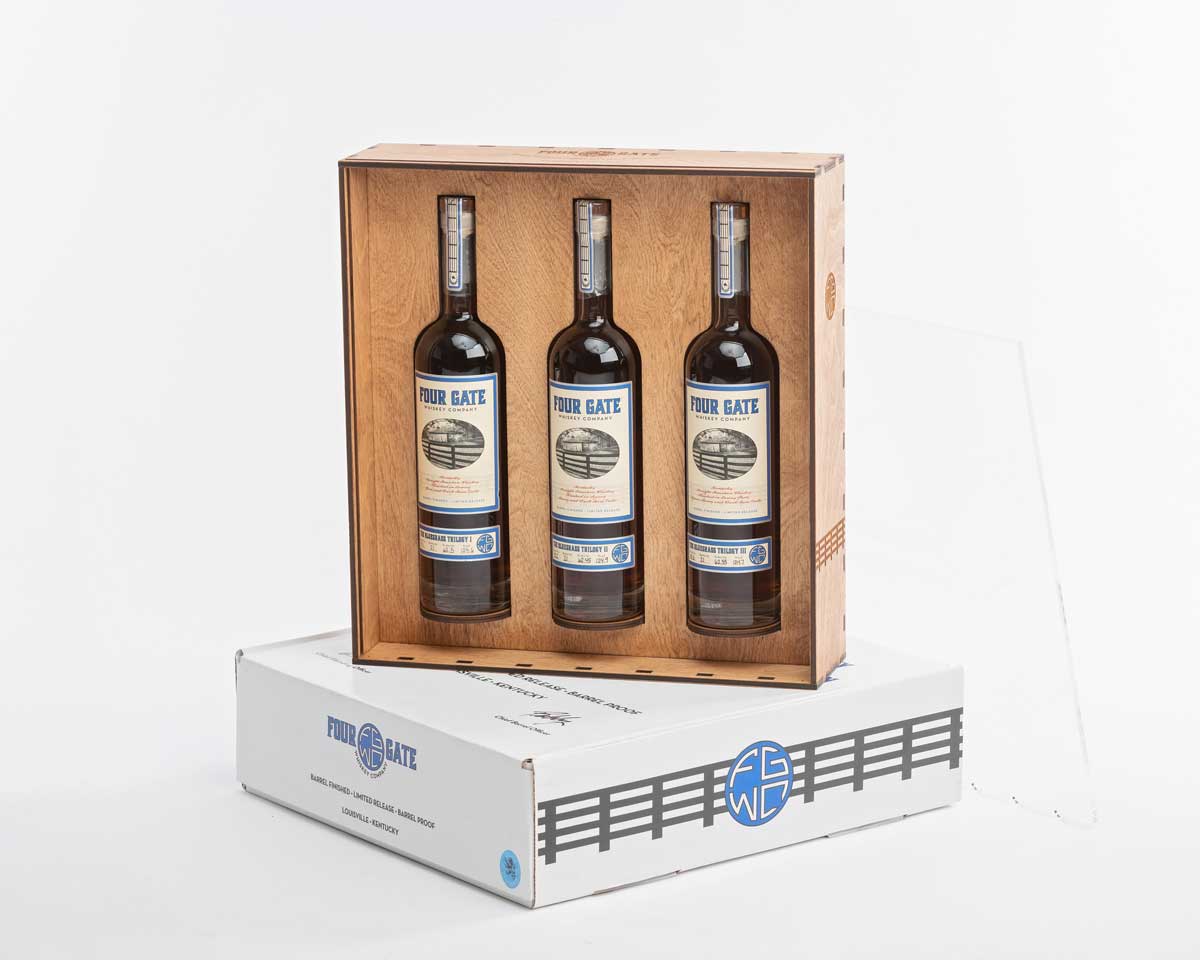