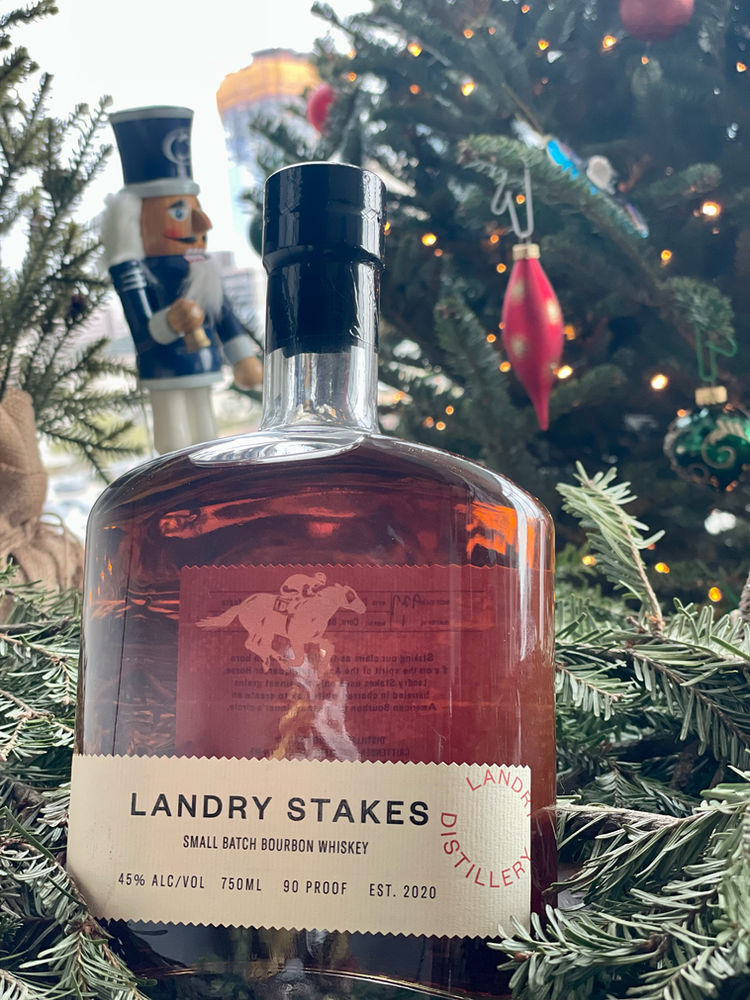 A new spirits brand that promises to be a completely different breed is riding into town with two labels that are likely to get a leg up on the Texas booze industry.

The opening of a distillery and whiskey tasting room in the Hill Country is expected to follow soon thereafter.

Landry Distillery founder Zach Landry, a third-generation owner of racing-class quarter horses and a devout bourbon aficionado, was inspired by the Ruidoso Downs Racetrack in Southern New Mexico when creating the brand.

The track hosts two of the American Quarter Horse Association’s Triple Crown races — the All American Futurity and the Rainbow Futurity — the latter of which Landry’s grandfather won in 1994.

“There are few things I enjoy more than a weekend with friends watching a quarter-horse race. Sipping on a good bourbon is one of them,” Landry says. “It’s the dream of a lifetime to join the rich heritage of Texas whiskey makers. I hope whiskey drinkers enjoy Stakes Bourbon as much as I’ve enjoyed making them.”

A bit of a pandemic project, Landry spent the past year working with a family-owned craft distillery in Southern Mississippi to create small-batch bourbon that he hoped could go neck and neck with “the Pappy’s of the world” — in reference to Old Rip Van Winkle Distillery’s much sought-after and exorbitant family reserve bourbon — all without breaking the bank.

He also tapped a local spirits authority to help get the brand up and running: Gary Crowell, the co-founder of Deep Eddy Vodka and Austin’s Nine Banded Whiskey, who partnered with Landry and was able to provide unrivaled industry expertise.

“I’ve launched five brands and consulted on twice as many more. Working with Zach on Landry Distillery has been unlike any other experience and more fun than one should have at work,” Crowell admits. “I’m proud to say this is some of the best whiskey I’ve ever tasted.”

Overproof Landry Stakes Bourbon is blended and bottled in Austin from cask-strength whiskey sourced from a small family-owned distillery. The bourbon is anchored by “a robust wash of caramel and black pepper that folds into a vanilla haze, with smoked chopped pecans and a lingering cinnamon highlight.”

The blend is sold in 750-milliliter bottles, with the Stakes Bourbon retailing for $59. It’s currently available at major liquor retailers.

The distillery also plans to launch a collectible spirit release in the spring that will be inspired by an esteemed quarter-horse racing champion. That limited release will be presented in a gift box alongside branded glassware and will retail for about $125.