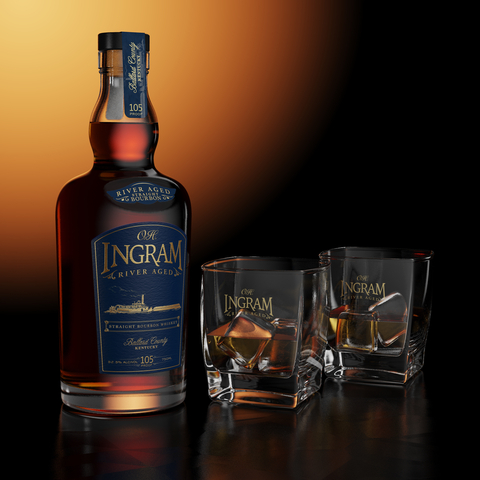 “The release of our much-anticipated wheated Straight Bourbon is the perfect start to what will be a big year for O.H. Ingram,” said Founder Hank Ingram. “Since launching just over a year ago, it’s been fantastic to see how our story has resonated with folks searching for something unique in a crowded whiskey market. It’s a daily joy to see the enthusiasm grow as folks come back to replenish their shelves. As we hunker down in these colder months, I’m sure people will agree the Straight Bourbon is a needed addition to any bar.”

O.H. Ingram River Aged is the only whiskey in the world aged inside a proprietary floating rickhouse. Moored on the Mississippi River in Ballard County, Kentucky, Ingram River Aged is matured in a way that no landlocked rickhouse can accomplish. The dramatic rise and fall of the Mighty Mississippi, along with intense temperature and humidity swings, provoke an intense interaction between barrel and spirit and a whiskey like no other. The rickhouse is moored at the confluence of the Ohio and Mississippi Rivers where the rushing water ensures this whiskey never stops working, creating a mature taste well beyond its years. You can see full details about the process here.