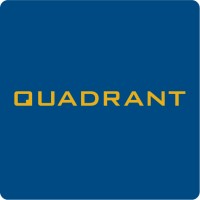 LOUISVILLE, Ky. — Quadrant announced they will build a new $95 million-plus rare-earth magnet manufacturing operation in Louisville, its first mass production facility in the U.S., which will create 200 full-time jobs for Kentuckians.

Quadrant, which has operated an engineering, machining and assembly hub in Louisville since 2001, will construct a 171,000-square-foot, rare-earth magnet manufacturing operation. It will be the company’s first production facility in the U.S. The new location builds on the company’s goal to build world-class magnetics, manufacturing and research campus and positions the company and community as leaders in attracting a critical and innovative industry back to the U.S.

Rare-earth magnets are a type of permanent magnet made from alloys of rare-earth elements produced by Quadrant for use in electric vehicle motors and other automotive applications, consumer electronics, and within the medical, alternative energy and appliance industries, among others.

The construction of this state-of-the-art manufacturing campus, known as Project NeoGrass by Quadrant leaders, positions the industry for further growth in the U.S.

“We believe Project NeoGrass is the blueprint that the magnetics industry and our customers need,” said Michael Brand, president of Quadrant. “It is a revitalization of rare-earth manufacturing and research and development in the U.S.”

Founded in 1992, Quadrant is headquartered in San Diego, California, with operations in the U.S., Australia, China, Germany, Japan, South Korea and Vietnam. The company also operates a research, prototyping and testing facility in Silicon Valley. Quadrant works with high-tech companies from concept to mass production of magnet-related products, including material selection, engineering and design services and prototype development.

To encourage investment and job growth in the community, the Kentucky Economic Development Finance Authority (KEDFA) on Thursday preliminarily approved a 10-year incentive agreement with the company under the Kentucky Business Investment program. The performance-based agreement can provide up to $3.4 million in tax incentives based on the company’s investment of $95.2 million and annual targets of: