Master Distiller Dan McKee and Master of Maturation Andrea Wilson have approved the release of Michter’s US*1 Barrel Strength Rye. Shipment to distributors and importers begins this month. 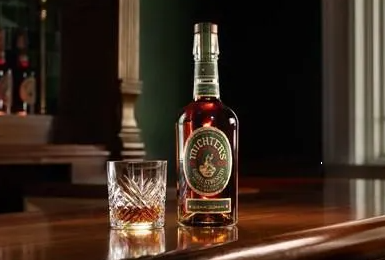 Michter’s US*1 Barrel Strength Rye is a single barrel product, and the average proof of the barrels in this March 2022 release is 111.6 proof. “Our barrel strength whiskey is always stunning, and this release continues to deliver a bold experience with layers of sweetness and spice along with gentle oak maturity,” observed Wilson.

“Dan and Andrea are our ultimate gatekeepers,” stated Michter’s President Joseph J. Magliocco. “They’ve continued the tradition set by our late Master Distiller Willie Pratt and our Master Distiller Emerita Pam Heilmann of not releasing something unless they feel the whiskey is just right.”

Michter’s has a rich and long legacy of offering traditional American whiskeys of uncompromising quality. With each of its limited production offerings aged to its peak maturity, Michter’s highly acclaimed portfolio includes bourbon, rye, sour mash whiskey, and American whiskey. Currently, all types of Michter’s are being allocated because demand exceeds supply. In October 2021, Michter’s was named the Most Admired American Whiskey in a survey conducted in 25 countries. In January 2022, Michter’s was named the #1 Top Trending American Whiskey brand by Drinks International in their Annual Brands Report.

In addition to Michter’s Fort Nelson Distillery and Michter’s Shively Distillery, both located in Louisville, the company has its 205-acre farm and operations in Springfield, Kentucky.