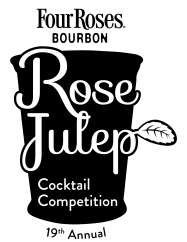 The event drew hundreds of people who sampled the competitors’ cocktails and voted for the first, second and third place winners. The winning cocktails will be served at the mixologists’ respective bars and restaurants throughout the Kentucky Derby Festival season.