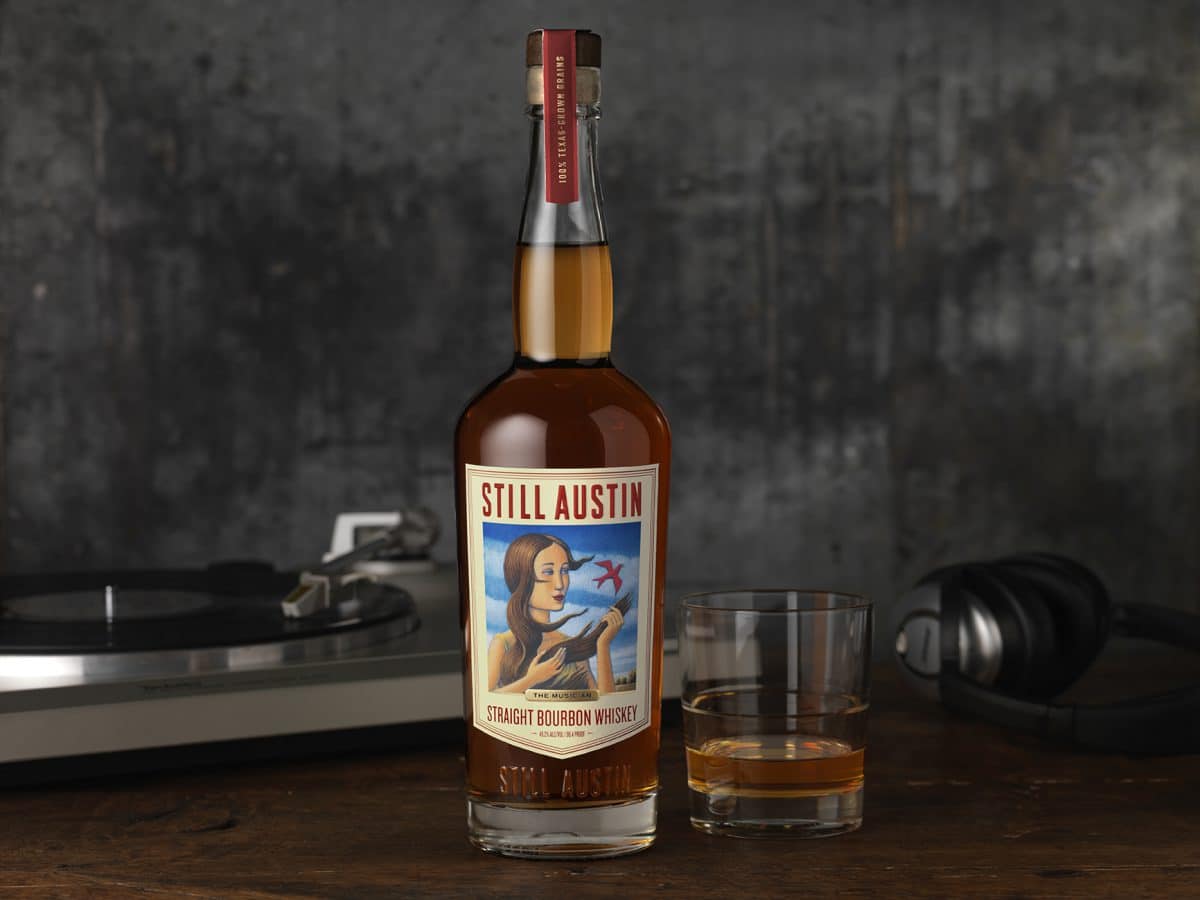 Still Austin Whiskey Co., a homegrown distillery situated in the heart of South Austin, is excited to announce that its Cask Strength straight bourbon whiskey was awarded a Double Gold medal at the 2022 San Francisco World Spirits Competition.

The expression features grains that are 100% grown by Texas farmers, handmade from grain to glass at the distillery, aged in new charred American Oak barrels, and bottled at 118 proof. The expression is a deeper, darker, more robust version of its fruit-forward sibling (aka The Musician Straight Bourbon), which is also a Double Gold winner. Both bourbons feature a mash bill comprised of 70% Non-GMO white corn, 25% Elbon rye and 5% wildfire malted barley.

To create this robust bourbon, the team asked Master Blender Nancy Fraley to search through their barrels of Straight Bourbon and select the most complex and full-flavored ones—those that were begging to be blended and released at “barrel proof,” meaning the whiskey was bottled at the same proof at which it was aged.

The artwork on the label, created by internationally acclaimed artist and native Texan Marc Burckhardt, is a slightly modified version of the Straight Bourbon artwork, a series that portrays “archetypical” Austinites. Each provides a sense of the people who have influenced and inspired the team while paying homage to the Texas terroir. While the Cask Strength bottle also features the image of The Musician, the black starry night sky is meant to reflect the mysterious nature of the stronger, “darker” whiskey inside the bottle.

The distilling team is led by Head Distiller John Schrepel, Master Blender Nancy Fraley and veteran Master Distiller Mike Delevante, one of the most experienced and respected distillers in North America who designed the Still Austin distillery to make the highest quality of bourbon. That includes a 42-foot custom-made column, “Nancy,” (and her sister copper-pot still, “The Queen”) which gives the distillers serious creative license to create unique new flavors and spirits.