Home » Banking: How to Get That Loan 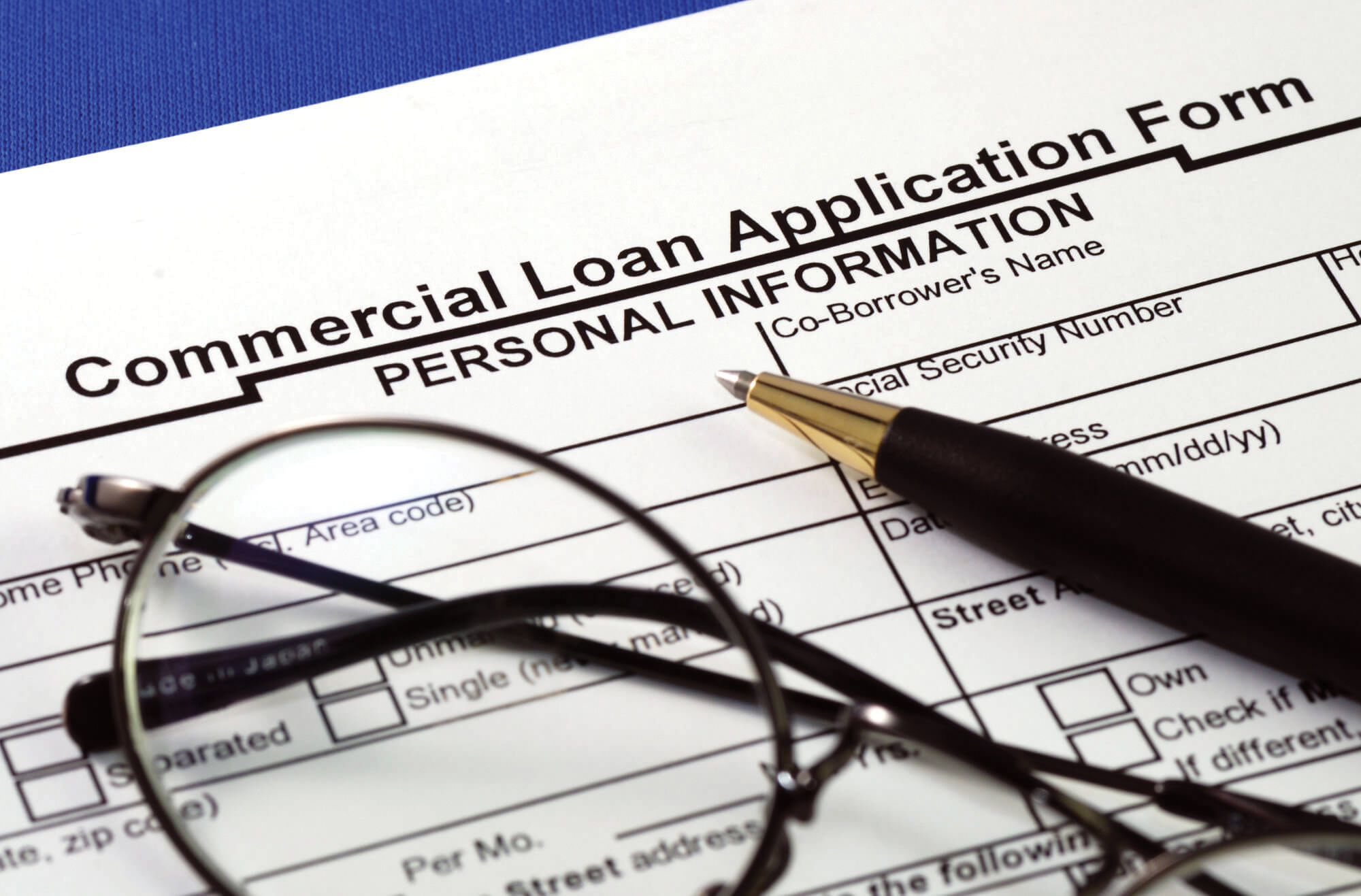 Even if your bank has new ownership, a new face in the corner office and a fresh logo, there are a few things that haven’t changed and won’t be revised anytime soon when it comes to awarding business loans.

Time-tested lending fundamentals and what are often referred as the “Five Cs” of credit—character, collateral, capital, capacity and market conditions—still provide the same rock-solid foundation for lending decisions that have been around for ages.

What likely has changed is the banking terminology, and the components of each broad category may vary from one institution to the next.
Emphasizing the well-established credit checklist doesn’t mean, however, that the loan application process today overlooks mid-2022 financial news that has been fairly gloomy for the most part.

According to Kentucky bank executives who commented for this story, hard-to-assess variables that need to be listed under the “Five C” headings include rising interest rates, alarming inflation, volatile stock prices, a labor shortage and two-plus years of COVID-19 uncertainty.
While bankers have wrestled with most of those pressures in the past, the pandemic created a challenge that was unlike anything in recent memory.

“In years past, we would generally obtain the most recent two to three years of financial information plus interims to determine financial stability and to identify trends in the company’s numbers,” said Tom Clayton Sr., senior vice president and chief lending officer of Paducah Bank.

“Given that most businesses were significantly impacted during 2020 and 2021 due to COVID, only obtaining the last two years of financial information may not provide the total picture. So, the new wrinkle would be to ask for 2018 and 2019 financial information to understand how the company performed pre-COVID. Plus, we now examine the financials specifically to understand how COVID impacted the company’s business,” Clayton said.

Historical financial performance and projected cash flow, a project’s feasibility, the value of collateral in the lending equation and past payment history are the top four factors that are scrutinized by his bank, Clayton said.

“COVID changed a lot of things,” said Cindy Burton, president of the Bank of Lexington, which concentrates on real estate lending.

“We require the most up-to-date financials we can get. We would require profit and loss (statements) and balance sheets for the last quarter, when three years ago we might have only wanted a year-end snapshot. I wouldn’t say this is necessarily new, but we do watch collateral values very closely right now because of the run-up in values. … We are very careful about loaning any money in the hospitality industry right now as well.

“I think things are returning to normal, but it was an eye-opener to go through a pandemic,” Burton said.

“Everything before 2018 is almost irrelevant because the world changed so much in such a quick amount of time. I’ve got a company that’s been around for 20 years, and now they have to rethink and adjust (their strategy or outlook),” said Lance Lawrence, senior vice president and business banking officer for HSLC Bank (Home Savings and Loan Co.), which is based in Kenton, Ohio, and has three offices in the Lexington area.

Lawrence stressed the significance of the Five Cs and why that entire template of tests has to be applied on every business loan application.
“Those have not changed since I’ve been in the business,” said Lawrence, who’s been in banking for nearly 25 years. “They’re good. They stand the test of time. You need to look at all of them. Character (alone) doesn’t repay loans.” 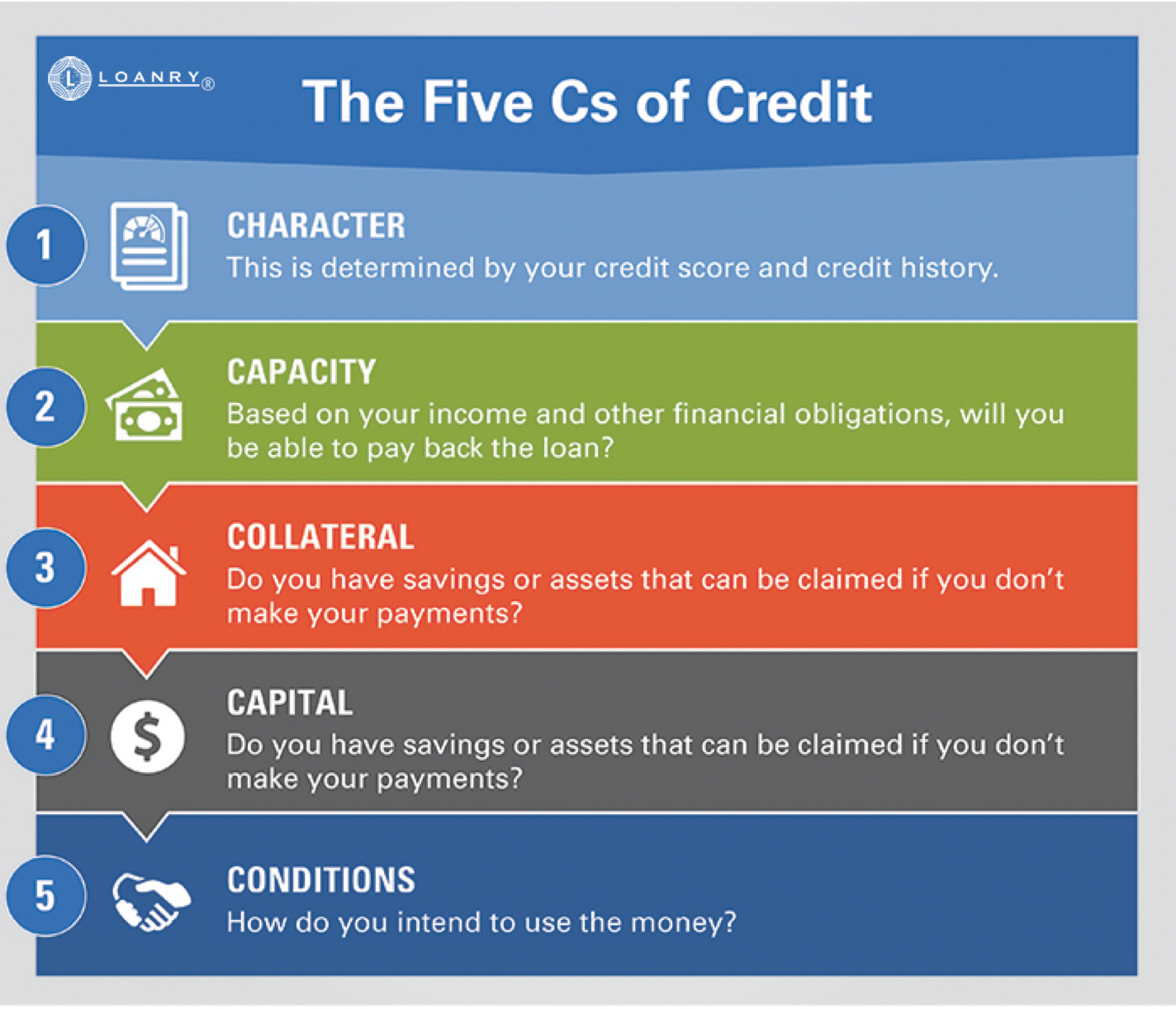 A seismic shift
“Everything was just blown out of the water for about 18 months by the pandemic,” said Michael Ashcraft, senior area manager and spokesperson for the U.S. Small Business Administration office in Louisville. Ashcraft said that during the worst of the pandemic—a period that ended around the middle of last year—his office was flooded with applications from business owners who were desperate for financial help to stay afloat.

Now, the cost of borrowing is also beginning to have a dramatic impact on business loan demand.

“Rising interest rates are certainly having an impact on business loan applications. Refinance activity has slowed dramatically as rates are higher now than they’ve been in several years,” said Evan Dixon, senior risk officer, commercial loan officer and a first vice president of Field & Main Bank, which has its home office in Henderson and four other offices.

“Additionally, we are seeing that borrowers are accelerating their timeline for purchases, acquisitions and refinances. We’ve had many borrowers who did not plan to apply for a loan until 2023 or later … apply now to secure a lower interest rate than they expect to be available next year. We currently continue to have strong business loan demand but do expect the overall lending activity to slow in the coming months,” Dixon said.

Other Kentucky bankers echoed Dixon’s statements and say they are seeing similar trends.

“As interest rates rise, some businesses are becoming concerned with taking out a loan. If the interest rate is variable on a loan, the business has no way of knowing how much more interest rates will rise in the near future,” said Janie Greer, executive vice president and a director of the First National Bank of Manchester, which has banking locations in Manchester and London and a loan office in Lexington. “The impact of the uncertainty of rates and talk of a recession is causing some commercial borrowers to be uneasy and worry about their financial stability.”

Jen Knific, a U.S. Bank business banking relationship manager in Louisville, said, “Companies are still borrowing money—they’re just being more thoughtful about how they’re doing it. We’re seeing an increase in applications for lines of credit as businesses are doing their best to prepare in an uncertain environment.

“We’re still seeing a lot of real estate purchase transactions, but fewer opportunities for refinancing. We’ve had quite a few requests for construction financing due to the limited inventory available,” added Knific, whose bank is the fifth largest in the country with consolidated assets of about $567 billion. The bank also ranks fifth in Kentucky with about $5.7 billion in deposits and a market share of 5.2%, according to FDIC data from June 2021.

The importance of being prepared
While COVID and interest rates have created wildly fluctuating impacts, credit history—which falls under the character heading of the Five Cs—seems to be a certain indicator of whether a loan will be repaid on schedule. Experian, one of the largest credit rating firms in the country, says that history accounts for 35% of a credit score.

Credit history, which boils down to the ability to meet financial obligations in a timely manner, gets plenty of attention at Louisville-based Republic Bank and Trust, said Douglas J. Burgess, senior vice president in Republic’s office in Cincinnati and someone who has a wealth of knowledge and experience in the Cincinnati/Northern Kentucky metro market.

Equally important are business cash flow, overall financial strength, the value of collateral that’s part of the lending equation, and the presence—or absence—of a “relationship” with Republic, Burgess said. 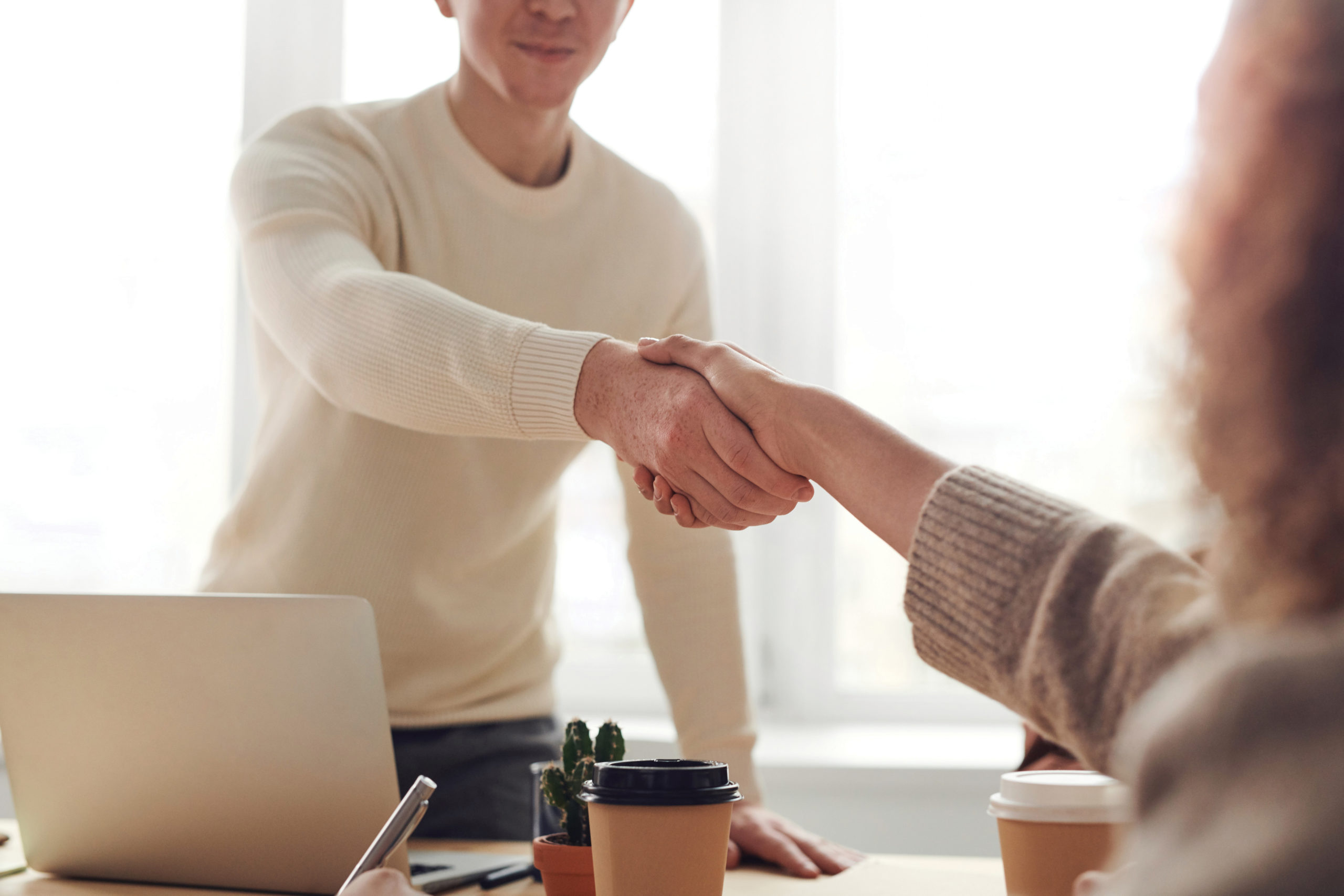 Like several other bankers who responded to questions for this story, Burgess stressed that the overwhelming majority of Republic’s business loans are for commercial real estate. Only a small percentage of loans would be earmarked for working capital, inventory or mergers and acquisitions, he said.

In terms of dollar amounts, Republic ranked first in the state for providing the most common Small Business Administration loans ($25.4 million)— classified as 7A loans—for the 2021 fiscal year, according to the SBA’s Ashcraft. More than $261 million in government-guaranteed SBA loans were made to 460 borrowers by 67 Kentucky banks during the last fiscal year.

Regardless of a bank’s size or which of the Five Cs is of paramount importance, it is clear that all banks analyze the same numbers.
“The most important factor that our bank considers when deciding whether or not to make a business loan would be the collateral for the loan. We prefer our real estate loans to be 80% or below on the loan-to-value of the real estate that secures the loan. However, exceptions can be made,” said Manchester’s Greer.

“The next key factor we look at is capital, which tells us the amount of money the borrower has. The third significant factor…is the capacity of the borrower, which is their debt-to-income ratio. Character of the borrower and their credit are the other (important) considerations. Strong credit scores and repayment history are both important components a loan officer will consider in making a loan,” Greer said.
Like Burgess at Republic, Burton said the Bank of Lexington’s business is “99% real estate” and that her comments would reflect that specific type of transaction.

“The most important (factors) in no specific order are debt-service coverage ratio, loan to value, net worth, experience in the field, liquidity, credit score, and last, I would say, relationship with the bank,” Burton said. Bank of Lexington has deposits of about $270 million in Kentucky.

Field & Main Bank studies cash flow, collateral, business plan/borrower experience, and the industry, according to Dixon.
“However, the most important factor in business lending is always the character and integrity of our borrower, which is why we spend a great deal of time with all our borrowers to not just understand their business but to build great relationships with them as well,” he said.

Jim Labbe is the business banking manager for JPMorgan Chase in Lexington, one of more than 4,800 branches for the largest bank in the country. He emphasized that borrowers should complete extensive prep work so they can make their “best case” when they apply for a loan.
“Maintain a strong credit profile,” Labbe said. “Reducing your current debt is often the quickest way to improve your credit. It’s best to keep your balance at 20% to 30% of your credit limit,” said Labbe, citing a guideline that’s used by Experian.

“Have your numbers in shape. Lenders will evaluate financial details such as your sales, sales projections, expenses and financial commitments, and cash flow to ensure you’re well-positioned to repay the financing,” Labbe said. “Detail your plan for using funds. This is where a business plan comes in handy. Be prepared to tell prospective lenders how you’ll use the financing and how it will help generate revenue.”

JPMorgan Chase, which has more than is $2.6 trillion in domestic assets, is a major player in Kentucky, where it ranks second with deposits of more than $9.9 billion and a market share of nearly 9%.

U.S. Bank’s Knific said the absence of detailed prep work like that outlined by Labbe can doom a business loan application.
“The primary reason potential borrowers may be turned down is because there isn’t enough due diligence on the front end by the borrower on what their true need is and how it compares to their current financial position. Banking is not one-size-fits-all,” Knific said.

“Roughly 20% of the commercial loan applications that FNBM receives are rejected,” said Manchester’s Greer. “The primary reasons that potential borrowers are turned down are due to a poor credit history and inability of cash flow to repay the loan.

“FNBM has a loan production office in Lexington that primarily does commercial loans.  We have seen tremendous growth over the last year in commercial loans in this market and in our other market areas as well. FNBM’s loan volume is at its highest level in our bank’s history at the present time,” Greer said.

“In a typical year, our bank makes roughly more than half of our loan portfolio in business loans,” she said. “If the economy is doing well, then the number will be much higher. If interest rates are low, then the number of loans made will also go up.”