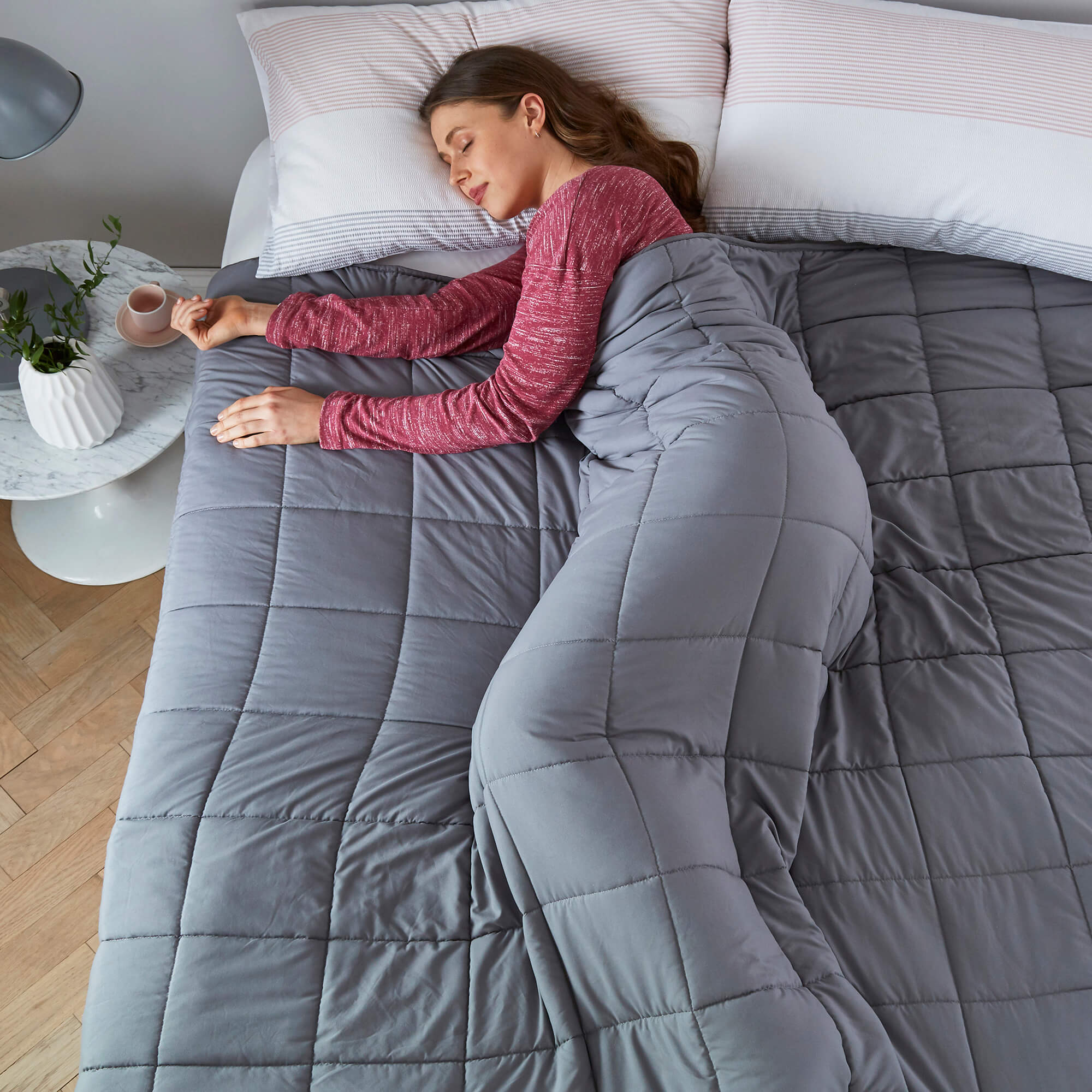 Here are several simple ways to improve your sleep quality, from cutting out cups of coffee to avoiding any daytime naps – but there are also bedroom additions to consider specifically weighted blankets.

While a weighted blanket will make you feel cozier in your bedroom, it also has plenty of benefits that will contribute to a better night’s sleep and can help with several health problems.

Experts at Hush. have outlined eight benefits of a weighted blanket, including chronic pain relief and decreasing the frequency of seizures.

Helps with Alzheimer’s and dementia

Reduce the incidence of seizures

A spokesperson from Hush. has commented: “There are many advantages to weighted blankets, whether you struggle to sleep well at night or even if you simply desire a cozier bedroom. However, what’s really interesting is how they can benefit those with mental and physical health problems. While a weighted blanket isn’t the sole solution to these health issues, it’s certainly a way to ease symptoms and make those suffering from problems like Alzheimer’s and chronic pain more comfortable.”

This information was provided by Hush., a bedding and mattress brand based in Canada.