A year ago this column imprudently made political predictions for 2014. They met with mixed success. 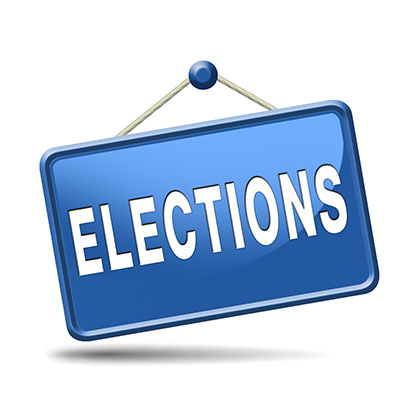 Among the right ones: Gov. Steve Beshear gave up on efforts to expand gambling and offered no tax reform plan; Crit Luallen announced she was not running for governor; Mitch McConnell easily won his U.S. Senate primary against Matt Bevin and beat Democrat Alison Lundergan Grimes by more than he beat Bruce Lunsford by in 2008; Republicans won a U.S. Senate majority; and Agriculture Commissioner James Comer and former Louisville councilman Hal Heiner announced their candidacies for the Republican gubernatorial nomination, and one of them (Heiner) has a female running mate.

Among the wrong ones: President Obama did not tap Beshear as Obamacare czar; the Fed did not accelerate quantitative easing; the GOP did not capture the state House of Representatives; Israel did not attack Iran’s nuclear facilities after Obama made a bad deal with the mullahs; Democratic congressman John Yarmuth did not have an Obamacare-related close call on reelection; and Republican Rand Paul has not yet announced that he will simultaneously seek the presidency and reelection to the U. S. Senate in 2016 or filed a lawsuit to permit him to be on the same ballot for both offices.

All things considered, your correspondent’s prognostication average was not too far from the .341 batting average of Houston Astro star second baseman Jose Altuve, which led the Major Leagues. Accordingly, and unwisely, here is what will happen in politics during 2015.

• Rand Paul announces that he is simultaneously running for president and for re-election as U.S. senator in 2016. He tries hard to get the General Assembly to change the law that prohibits this but fails and files or sponsors a lawsuit to strike the statute as unconstitutional.

• At least one other Republican enters the governor’s race and the GOP primary is the closest and most hotly contested since Nunn beat Cook in 1967.

• A rural Democrat enters the race for governor to prevent it being a coronation of state Attorney General Jack Conway. Conway wins the primary easily but loses the general election after McConnell orchestrates a Republican post-primary reunification.

• Republicans fail to field credible candidates for attorney general or auditor, the two most powerful state constitutional offices other than governor, and Democrats Andy Beshear and Edelen, respectively, win by default.

• Alison Lundergan Grimes fends off a GOP challenger to win re-election as secretary of state. The race for state agriculture commissioner between Democrat Jean-Marie Lawson and Republican Ryan Quarles is too close to call on election night.

• McConnell gets rave reviews from mainstream media as Senate majority leader. He does business with Obama on some issues, returns the body to its former and better ways of doing business, and brooks no nonsense from grandstanding tea party provocateurs.

• Republicans praise McConnell for drawing clear distinctions with Democrats on big issues, putting the GOP in good position for the presidential and Senate elections of 2016.

• The U.S. Supreme Court accepts review of the Sixth Circuit Court of Appeals decision upholding Kentucky’s legal regime limiting marriage to one man and one woman. Doing what he does best, Justice Anthony Kennedy changes his mind and casts the deciding vote to affirm the appellate court and keep gay marriage illegal in Kentucky.

• A loose alliance of America’s adversaries pursue what amounts to a de facto World War III against it. Russia’s Vladimir Putin is the public face and voice, but China, North Korea, Iran and its Shia allies, Sunni jihadists, and Central and South American Marxists and narco-terrorists are all involved.

All this having proved wrong, this columnist decides not to do a predictions column for 2016. ■