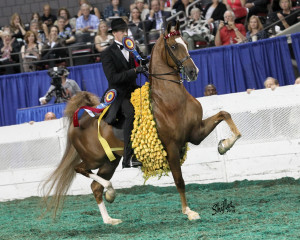 The EQUUS Foundation at the Florida International Equestrian Center near Palm Beach, Fla., will induct Macadamia into its Horse Stars Hall of Fame on Feb. 20.

Macadamia is trained by Steve and Tiffany Wheeler of Simpsonville.