LEXINGTON, Ky. (June 12, 2015) A University of Kentucky study published Thursday in Cell Reports, a leading scientific journal in cell biology, describes a new molecular mechanism that contributes to age-related macular degeneration (AMD) due to accumulation of excessive iron within the cells of the retina. 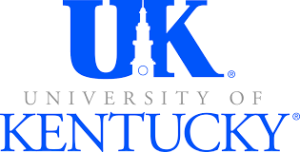 Cells of the body use iron in dozens of normal metabolic processes. However, excessive iron or “iron overload” can be very damaging to cells and tissues and is implicated in numerous diseases, including AMD.

“The reason that cells die due to iron overload is not fully understood,” said Bradley Gelfand, assistant professor in the Department of Ophthalmology and Visual Sciences at the UK College of Medicine and lead author on the study. “Our study found that iron overload induces retinal cell death by activating an inflammatory signaling pathway called the inflammasome. This occurs because iron specifically impairs the ability of retinal cells to process inflammatory RNAs called Alu RNAs. In the presence of iron overload, these RNAs build up and cause inflammasome-mediated cell death.”

Implications for the study are that treatments previously targeted specifically to prevent inflammatory processes in AMD, may also prevent toxicity due to iron overload which is also thought to contribute to disease, but was previously thought to be separate.

Bottom Line: Workforce shortage is holding back the economy