Keeneland has sold 18 Belmont winners, most recently 2013 winner Palace Malice. In overall Triple Crown competition, Keeneland sales graduates have won 20 runnings of the Kentucky Derby and 22 editions of the Preakness.

The Keeneland sales graduates entered in the 2016 Belmont are:

Creator (Tapit-Morena [PER]) – WinStar Farm and Bobby Flay own the Arkansas Derby (G1) winner. Gainesway, agent for breeder Mt. Brilliant Farm, consigned Creator to the 2014 September Sale, where he was purchased for $440,000 by Maverick Racing. He is trained by Steve Asmussen.

Exaggerator (Curlin-Dawn Raid) – Warrendale Sales, agent, consigned the Preakness winner and Kentucky Derby runner-up to the 2014 September Sale, where Big Chief Racing purchased him for $110,000. Big Chief races the colt, who also won the Santa Anita Derby (G1), with Head of Plains Partners and Rocker O Ranch et al. Bred by Joseph B. Murphy, he is trained by Keith Desormeaux.

Phillips in as the new President and Chief Executive Officer of Appalachian Regional Healthcare. 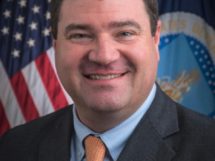