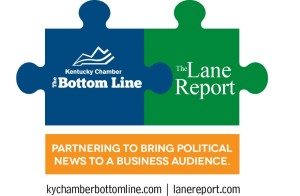 In response to a judge’s ruling issued last week overturning Kentucky’s quarter-century ban on gifts and contributions to legislators from lobbyists, the Kentucky Chamber announced Wednesday it is publicly urging the Kentucky Board of Elections and the Kentucky Legislative Ethics Commission to appeal the ruling.

The Chamber will organize other associations which lobby the Kentucky General Assembly to take similar action, and will fight to maintain the state’s current ethics system.

The ruling, issued by U.S. Senior District Judge William Bertelsman, states that Kentucky’s legislative ethics prohibition on gifts and contributions from lobbyists is unconstitutional. This ruling came in response to a lawsuit filed in 2015 by state Sen. John Schickel; David Watson, a Libertarian House candidate in 2016; and Ken Moellman, a 2018 candidate for Pendleton County judge-executive. Defendants are the Kentucky Registry of Election Finance and the Kentucky Legislative Ethics Commission.

Kentucky’s current ethics laws were enacted after an FBI investigation in the early 1990s, known as BOPTROT, that led to the indictment of several legislators for allegedly accepting bribes in exchange for influencing legislation.

“Kentucky has strong ethics laws which have guided us in the years since BOPTROT, kept our political system relatively clean and discouraged a ‘pay to play’ mentality. It would be a disservice to the citizens of the Commonwealth to roll these reforms back. We urge the defendants of this lawsuit to file an appeal to maintain ethical boundaries in our legislative process,” Kentucky Chamber President and CEO Dave Adkisson said.

For more state government news go to the Kentucky Chamber of Commerce’s The Bottom Line blog.