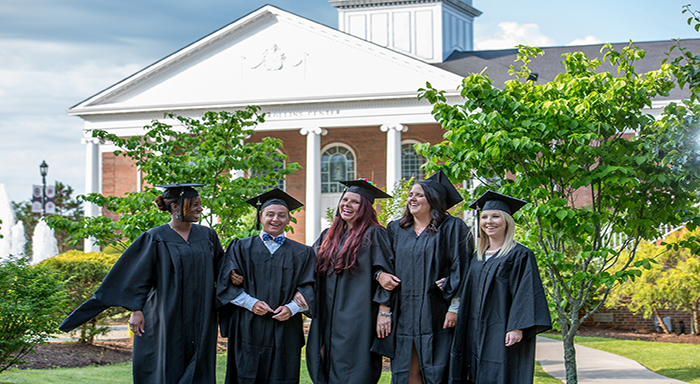 WILLIAMSBURG, Ky. (Jan. 2, 2018) – University of the Cumberlands continues to be the fastest-growing private university in Kentucky, with enrollment climbing to 10, 078 during its fall enrollment period. This surge in enrollment soars beyond the university’s expectations, and the increase shows no signs of slowing pace.

Dr. Jerry Jackson, vice president for enrollment and communications at UC, notes that, although the school is having good growth across all areas, the major increase is in its new executive program. The program offers degrees in information technology, digital security, digital forensics and other technology-related curricula.

“It’s all because of his vision and entrepreneurial spirit,” Jackson said. “He works to ensure that what we offer continues to be viable; he recognizes what programs are coming. We’re leading the market, and people are following us because they see the successes we are having.”

The growth is also tied to UC’s number of recent accomplishments, including:

• Being named a National Center of Academic Excellence in Cyber Defense by the National Security Agency and the Department of Homeland Security. Just over 200 universities nationwide have earned this prestigious designation, including only two others in the state of Kentucky.

• Ranking sixth out of 1,302 doctoral programs across the country in regard to program quality, affordability, and degree value. Rankings were determined by SR Education Group.

• Earning the University’s first international accreditation, as approved by the International Assembly for Collegiate Business Education.

“We are extremely honored and grateful to have received these prestigious awards, rankings, and accreditations,” Cockrum said. “Pursuing success has never been easy. It takes focus, teamwork, and creativity from faculty, staff, and students alike for any institution to make a name for itself. The people at University of the Cumberlands have all of that and more, and that’s why we are achieving such success.”

In an environment where college enrollments have either plateaued or are declining, Cumberlands is the anomaly. Taking both online and residential students into account, UC has 3,000+ undergraduate and 6,000+ graduate students enrolled. Among undergraduates are students hailing from 43 states. There are also international students on campus representing 32 different nations.

Cumberlands is also an anomaly in another sense: even though its student count has surpassed 10, 000, only 1, 300 of those students take classes in-seat. The University has jumped into a higher enrollment bracket, but its campus still has the atmosphere of a small school.

University of the Cumberlands’ Spring 1 term is enrolling now, with the cutoff date being January 8, the term’s first day of classes. Spring 1 term will last from Jan. 8 until March 1.