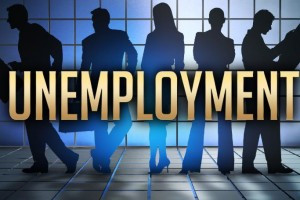 FRANKFORT, Ky. (March 5, 2018) — Kentucky’s annual unemployment rate dropped to 4.9 percent in 2017 from 5.1 percent in 2016, while nonfarm employment gained 11,300 jobs, according to the Kentucky Center for Education and Workforce Statistics (KCEWS), an agency of the Kentucky Education and Workforce Development Cabinet. It was the lowest annual jobless rate for the state since 2000 when the rate was 4.2 percent.

“The increase in Kentucky’s labor force is the largest since 1997,” said University of Kentucky’s Center for Business and Economic Research (CBER) Director Chris Bollinger, Ph.D. “As the Commonwealth’s economy has improved over the past couple of years, discouraged workers who stopped looking for work have returned to the labor market. The number of people unemployed has declined, even as these individuals returned to labor market.”

Annual unemployment rates declined in 46 states from 2016 to 2017, while rates increased in Delaware, South Dakota and Alaska and was unchanged in Ohio.

Kentucky’s unemployment rate for 2017 was higher than 39 states, but lower than eight states. Kentucky’s 4.9 rate was tied with Arizona and Pennsylvania. Nationally, Hawaii had the lowest jobless rate in 2017 at 2.4 percent, while Alaska had the highest rate at 7.2 percent. Among its surrounding states, Kentucky’s unemployment rate was lower than Ohio, Illinois and West Virginia but higher than Missouri, Virginia, Tennessee and Indiana.

In a separate federal survey of business establishments that excludes jobs in agriculture and people who are self-employed, Kentucky’s nonfarm payroll in 2017 increased by 11,300 or 0.6 percent to 1,920,400 employees.

According to the annual employment data, Kentucky’s trade, transportation and utilities sector added 4,100 jobs or 1 percent in 2017. During the past 10 years, the number of jobs increased by 15,000 or 3.9 percent. This is Kentucky’s largest sector based on employment with a total of 401,700 jobs or one-fifth of Kentucky’s nonfarm employment. Within the sector, wholesale trade gained 800 jobs from 2016 to 2017, retail trade added 100 positions, and businesses in transportation, warehousing and utilities added 3,100 jobs.

“Employers in Kentucky’s healthcare sector have added positions consistently over the years,” said Bollinger. “Healthcare employment has declined in only one year since 2000 and continued to grow during the recession.”

Educational services in this sector include employees at private elementary, secondary and postsecondary schools along with other establishments that provide instruction and training. Employment in educational services was unchanged at 28,700 jobs in 2017, and declined by 3,000 jobs over the last 10 years.

The leisure and hospitality sector grew by 3,100 positions in 2017, and 24,600 jobs or 14.3 percent in the past 10 years. Within the sector are arts, entertainment and recreation, and accommodation and food services.

“In the years prior to and during the recession, Kentucky lost employment in its manufacturing sector” said Bollinger. “However, since the recession ended, Kentucky’s manufacturers have been able to make up some of these losses.”

Other services, a sector that includes repair and maintenance; personal and laundry services; and religious, civic, and professional organizations, increased by 700 jobs in 2017. The sector has lost 9,500 jobs or 12.6 percent in the last 10 years.

Employment in the state’s professional and business services declined by 1,900 jobs or 0.9 percent in 2017. This sector includes professional, scientific and technical services, management of companies, and administrative and support management. In the last 10 years, the sector has grown by 28,800 jobs or 15.5 percent. This category also includes temporary help agencies that provide workers to other businesses on a contractual basis.

The information sector, which includes establishments involved in publishing, Internet activities, data processing, broadcasting and news syndication, decreased by 200 jobs in 2017 from a year ago. It has lost 6,100 jobs or 21.2 percent compared to 10 years ago.

The government sector, which includes federal, state and local employment in public education, public administration agencies and state-owned hospitals, dropped by 400 jobs or 0.1 percent 2017. In the last 10 years, the sector has grown by 5,700 positions or 1.8 percent.

Employment in the mining and logging sector fell by 1.9 percent with the loss of 200 jobs in 2017. Over a 10-year period the sector has contracted by more than half, losing 11,800 jobs. Other industries included in the sector are forestry; oil and gas extraction; and support activities for mining.