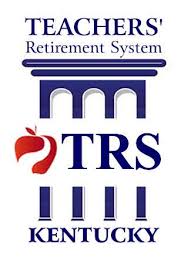 FRANKFORT, Ky. — Kentucky teachers’ pension investments posted a 10.81 percent gain (gross) for the recently concluded fiscal year. That exceeds the plan’s assumed 7.5 percent rate of return and is among the top 2 percent of large pension plans.

Returns for the Teachers’ Retirement System of the State of Kentucky (TRS) over the last 30 years are 8.39 percent. TRS staff presented the pension system’s financial results for the year ended June 30 to the Board of Trustees at its Sept. 17 meeting. The net return is 10.5 percent.

Along with the top 2 percent performance for the most recent year, TRS’s investments were in the top 2 percent for the 10-year period. The returns were in the top 8 percent for both the 3- and 5-year periods. All rankings are according to Aon Hewitt Investment Consulting’s analysis of large domestic pension plans with more than $1 billion in assets.

During the year, TRS benefitted from the second year of additional funding approved by the General Assembly and Gov. Matt Bevin for the 2016-18 biennium – the first such appropriations since 2008.

“The additional funding arrived as the economy continued to grow, helping returns on the investments that will provide teachers their pensions in retirement,” TRS Executive Secretary Gary Harbin said. “The rankings again show that the investing team at TRS for teachers is one of the best in the country whether the markets are up or down. This year’s results again show TRS’s long-term investment strategy is working, and, with the benefit of the first full funding of the pension in years for the 2018-20 biennium, we look forward to adding to that performance.”

With the market performance for the year, TRS’s assets for all its funds – which also include medical insurance and life insurance funds – exceeded $20 billion for the first time.