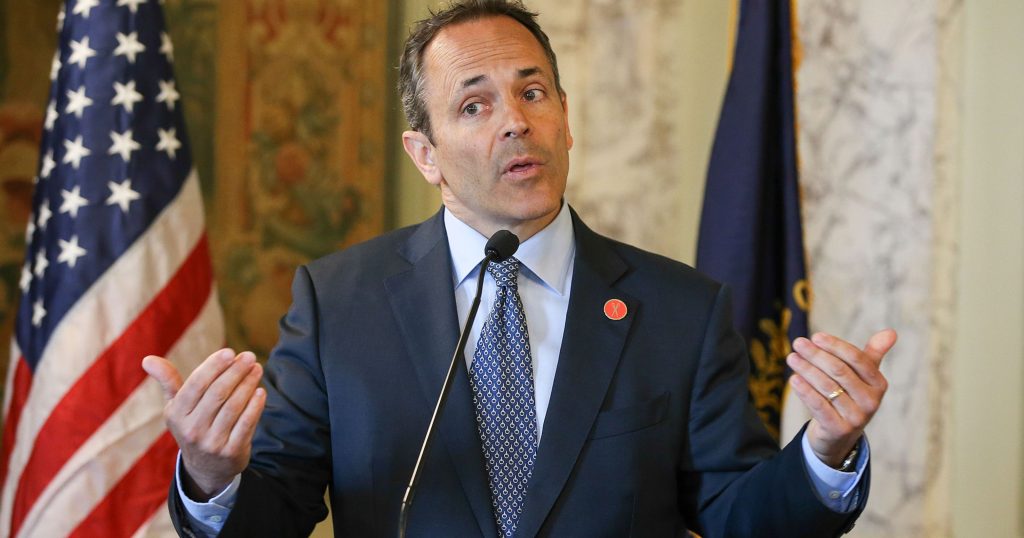 PADUCAH, Ky. — Gov. Matt Bevin, joined by more than a dozen Cabinet Secretaries and other top Administration officials, yesterday wrapped up a two-day visit to West Kentucky. The trip included a pair of community forums, a “traveling” cabinet meeting, a tour of the State Penitentiary, and local funding announcements.

The Governor dialogued with citizens at two town hall events — Monday evening at the Wendell H. Ford Regional Training Center in Greenville and this afternoon at West Kentucky Community and Technical College in Paducah.

Earlier today, Gov. Bevin convened a special “traveling” edition of his bi-weekly executive cabinet meeting at the Kentucky State Penitentiary in Lyon County. Department of Corrections officials also provided the group with a behind-the-scenes tour of the facility and hosted a demonstration by the Eddyville Emergency Response Team.

Gov. Bevin also made two significant funding announcements while in Paducah this afternoon.

He joined the Tourism, Arts and Heritage cabinet in announcing an innovative $4 million public-private partnership — between the Kentucky Department of Fish and Wildlife and the Kentucky Fish Center LLC, of Wickliffe — to tackle the growing Asian carp issue in the Commonwealth’s lakes and waterways.

The Governor also announced a $100,000 Recreational Trails Program grant through the Department for Local Government to construct a pedestrian bridge over Perkins Creek, connecting the Paducah Greenway Trail to McCracken County’s trail system.