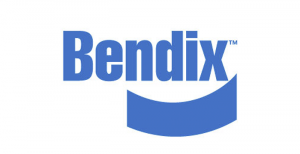 BOWLING GREEN, Ky. — Bendix Spicer Foundation Brake LLC (BSFB) has continued to grow in Bowling Green, prompting the addition of over 140 production jobs over the past four years. The jobs resulted from expansion projects announced in 2014 and 2015 by BSFB that totaled more than $8.7 million dollars to further enhance their state-of-the art manufacturing technology at the bustling facility.

“We’re proud of our outstanding employees in Bowling Green and the work they do every day,” said Eddie Wilkinson, president of Bendix Spicer Foundation Brake. “The continued growth we’ve experienced in Bowling Green is mirrored across our entire business as we strive for strong customer relationships and the best technologies in the industry. “

Bendix maintains both quality (ISO9001/TS16949) and environmental (ISO14001) certifications, the Bowling Green facility has twice earned prestigious manufacturing awards from PACCAR Inc., maker of light-, medium-, and heavy-duty trucks under the DAF, Kenworth, Leyland, and Peterbilt brands. This recognition — the most recent in 2017 — places BSFB among PACCAR’s elite group of suppliers that meet its demanding quality expectations. In addition, the location was recognized among the top two worldwide manufacturing sites as part of the 2014 Knorr-Bremse Excellence in Global Truck Production rankings. Knorr-Bremse is the Munich, Germany-based parent company of Bendix Commercial Vehicle Systems LLC.

“Investment and job creation by local manufacturers are an investment in the future of the people of Warren County,” said Warren County Judge-Executive Mike Buchanon. “Bendix has been a long-standing member of our business community, and we’re proud to celebrate their continued growth.”

From the beginning, BSFB has been an engaged and supportive partner in the Bowing Green, Ky. economy. In 2015, they partnered up with the local middle schools to invest in robotics and introduce the array of careers available to them in the growing manufacturing sector here in Bowling Green. Since then, the Bowling Green facility has provided leadership to the SCK LAUNCH initiative that connects in demand careers with public school students. In 2017, BSFB participated in SCK LAUNCH Experience that reached over 2,800 8th Graders in SCK.

“The continued investment and jobs created by Bendix Spicer Foundation Brake highlights their longstanding commitment to our City and her citizens,” said Bowling Green Mayor Bruce Wilkerson. “Thanks to prospering companies like BSFB, Bowling Green continues to be the fastest growing City in Kentucky. We greatly appreciate Bendix’s commitment to our community.”

“The BSFB team is an integral member of our manufacturing sector and a dedicated partner of our community, investing in education and important community initiatives,” said Chamber President and CEO, Ron Bunch. “We are appreciative of their investment — in their operation in Bowling Green and in our future.”

“Our goal is to not only have a growing workforce but a place that people will want to stay after graduation day. With the job addition, BSFB has opened the door for new careers for the residents of South Central Kentucky. I would like to congratulate Bendix Spicer Foundation Brake and extend my sincere thanks to their commitment to this community,” said Joy Hunt, chair of the Bowling Green Area Chamber of Commerce.

The Bowling Green Area Chamber of Commerce has announced 14 economic development projects totaling $94.3 million in capital investment and 500 new jobs for 2018. Bowling Green was recently recognized by Site Selection magazine as a top tier-2 metropolitan area in the United States for economic development success and was ranked among the top 20 for 2018’s ‘Best Small Cities to Start a Business’ by Wallethub.com.