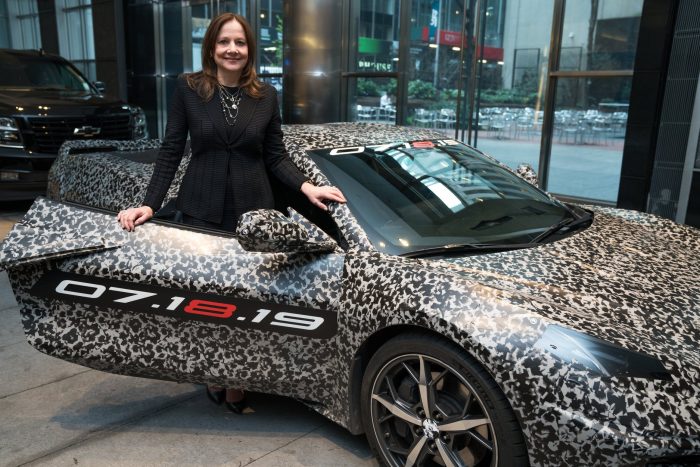 BOWLING GREEN, Ky. — General Motors announced Thursday they will be adding a second shift and more than 400 hourly jobs at its Bowling Green, Ky. assembly plant to support production of the Next Generation Corvette, which will be revealed on July 18.

“The Corvette’s iconic status owes so much to the men and women of Bowling Green, where it has been built exclusively for almost 40 years,” said GM Chairman and CEO Mary Barra. “This is the workforce that can deliver a next generation Corvette worthy of both its historic past and an equally exciting future, and today’s announcement gets us one step closer to its reveal on July 18.”

The new jobs will push the plant’s total employment beyond 1,300.

“What a great day for Kentucky. I often speak about how we are the engineering and manufacturing hub of America. Today, we’re wearing that title more boldly than ever,” Gov. Matt Bevin said. “These new workers, together the plant’s current employees, will not only build the iconic Corvette and carry forward the nearly 40-year marriage between Corvette and Kentucky, but will also be members of the team that launches the technical tour-de-force, eighth-generation car off the production line and onto the global stage. Our commonwealth is incredibly proud to be the home of the Corvette. We are grateful to Mary Barra and GM for the relationship we share, and for this strong vote of confidence in Kentucky’s future.”

“The General Motors Corvette Assembly Plant in Bowling Green is a tremendous asset to the region,” said Bowling Green Area Chamber of Commerce President and CEO Ron Bunch. “They are an integral part of our commonwealth’s thriving economy, we are excited about the job growth and look forward to their many more years of success in our community.”

“The Corvette has been a major symbol of Bowling Green’s heritage,” said Bowling Green Mayor Bruce Wilkerson. “We are very excited about this announcement and the number of jobs GM is creating. I am so proud to be a part of such a growing local economy; GM has been an integral part of our success over the years.”

“Job creation of this magnitude by a company like GM is a significant investment in the future of the people of Warren County,” said Warren County Judge-Executive Mike Buchanon. “The General Motors Assembly plant has been in our business community since 1981, and job growth of this size doesn’t come around often. I am excited to see the impact it will have in Warren County in the years to come.”

The Bowling Green Assembly has produced more than one million Corvettes since it opened in 1981. The plant has the largest solar array of any automaker in Kentucky, and its annual economic impact includes more than $76 million in state wages and $15 million in income tax.

Study: Braidy Industries to generate $2.8B for Kentucky by 2021
Has your Kentucky company been around for 100 years?