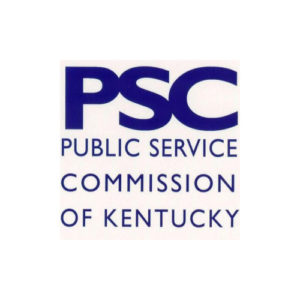 FRANKFORT, Ky. — The Kentucky Public Service Commission (PSC) has approved the sale of eight small sewer systems to a Missouri-based company that has promised to correct long-standing problems with most of the systems.

In an order issued today, the PSC found that Bluegrass Water Utility Operating Co., LLC, a subsidiary of Central States Water Resources, has the necessary financial, technical and managerial ability to provide reasonable service and that the transaction is in the public interest, as required by state law.

The eight privately owned sewer systems together provide sewer service to about 1,300 customers. Those utilities are:

Bluegrass Water stated in its application, filed jointly with the eight sewer utilities, that it will have to spend a total of $2.9 million to correct the problems at the utilities. It intends to fund the improvements through a combination of loans and equity capital.

Bluegrass Water plans to operate the Kentucky utilities using the same third-party contractors it has employed successfully in Missouri and Arkansas. The application identifies them as Nitor Billing Services and Midwest Water Operations. Both will maintain toll-free lines for customers.

In today’s order, the PSC acknowledged the unique circumstance of an out-of-state entity that is willing to acquire small sewer systems, many of which “are distressed, failing and in need of significant investment and repair.”

In particular, the Airview, Brocklyn, Fox Run and Lake Columbia systems, owned by Marty Cogan and Larry Smithers, have suffered from “neglect and a lack of investment.” Cogan and Smithers “have generally failed to maintain their systems, or seek the necessary revenues over time to pay for the cost of maintaining and repairing the systems,” the PSC said in the order, further noting that they “sought to abandon (Airview) rather than attempt to repair it.

“Because several of the current owners are unwilling, or unable, to maintain their systems, Bluegrass Water is the only option that has presented itself as a viable solution for rehabilitating the wastewater facilities and providing reasonable service to the customers,” the PSC said in approving the transaction.

The purchase prices for the utilities are confidential. The PSC reduced the price Bluegrass Water will pay for Airview to its net book value of $450. In its order, the PSC noted that Cogan and Smither, in filing to abandon Airview, “proposed to walk away uncompensated.” Therefore there is “no reason for Bluegrass Water to pay anything beyond the net utility plant value” for the system, the PSC said.

Despite its “concerns regarding the purchase price of Messrs. Cogan’s and Smither’s other systems,” the PSC let those purchase prices stand. There had been no application made for their abandonment.

Bluegrass Water stated in the application that the rates for each utility initially will remain unchanged, but that it will eventually apply to the PSC for a unified rate for all of the systems. Any changes in rates will have to be approved by the PSC.

Bluegrass Water and the eight utilities filed their joint application on April 26, 2019. The only other party to the case was the Kentucky Office of Attorney General.

The PSC conducted a formal evidentiary hearing in the case on July 2.

Today’s order, a video recording of the hearing and other records in the case are available on the PSC website, psc.ky.gov.