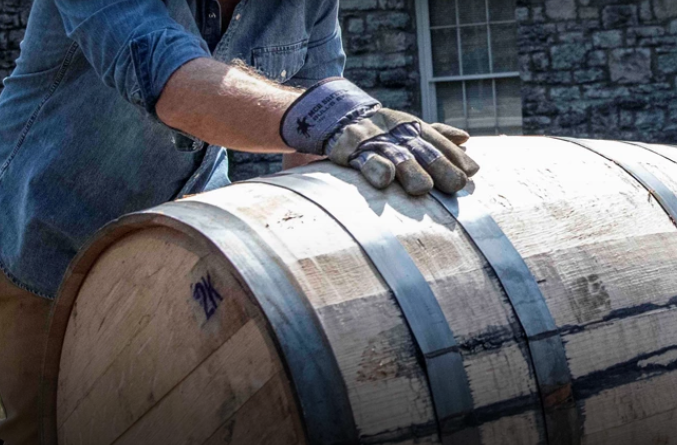 FRANKFORT, Ky. — The Kentucky Department of Tourism, within the Tourism, Arts, and Heritage Cabinet, has released a series of videos dedicated to highlighting the best of the Bluegrass State.

“During this time of social distancing, Kentucky is finding creative ways to virtually showcase the culture, arts, and heritage that Kentucky has to offer tourists from across the world,” said Tourism, Arts and Heritage Cabinet Secretary Mike Berry. “Team Kentucky is committed to ensuring everyone can get a firsthand look into the Bluegrass State, and why we are so proud to call this wonderful place home.”

As an industry leader, the Kentucky Department of Tourism, is highlighting the beautiful nature, fascinating stories and cherished traditions of the state’s tourism partners in a way that reaches a larger audience than ever before.

“Our partners here in Kentucky have fascinating stories, from a 200-year family legacy of distilling bourbon to internationally recognized horse whisperers,” said Mike Mangeot, commissioner of the Kentucky Department of Tourism. “These short-form videos not only capture the beauty and history of our state, but also highlight the people that make Kentucky an unforgettable destination.”

The release of the 11 video mini-series is the first phase of the department’s digital redesign, which soon will feature a new multimedia website. Available videos include:

Sound Travels: Kentucky officially declared 2020 the Year of Music. This series takes viewers behind the scenes to get to know various Kentucky musicians including JD Shelburne, who is featured on the cover of the Kentucky Official Visitor’s Guide 2020.

Untold to the Unforgettable: African American history and leadership has influenced Kentucky culture for generations, from the original jockeys at the Kentucky Derby to international icons like Muhammad Ali. This 14-part series tells the untold and unforgettable stories of some of these historical figures, honoring their legacy for generations to come.

Stoked with Adam Glick: Kentucky’s picturesque outdoors meets cooking adventures in this mini-series hosted by chef Adam Glick. From preparing cocktails and Kentucky BBQ with “Top Chef” alum Sara Bradley at freight house, her restaurant in Paducah, to spelunking in Mammoth Cave National Park and catching a rare sighting of a Moonbow at Cumberland Falls State Park, this miniseries is sure to inspire both outdoor and culinary adventures.

Rooted in Flavor: Chef, restauranteur and avid traveler Graham Elliot takes viewers around the state to explore the culinary traditions of Kentucky. Bustling cities like Louisville and Lexington are recognized for their creative and internationally influenced fares, while episodes in small towns such as Simpsonville and Corbin illuminate time-honored, traditional meals passed down through generations.

Made in Kentucky: Anthony Palmer hosts this miniseries highlighting some of the iconic American goods produced in the Bluegrass State. From the assembly lines of Toyota, KY Cooperage bourbon barrels, Ale-8-One soda bottles and Rebecca Ruth bourbon balls to the creativity behind Flame Run glass blowing studio, these Kentucky products are known around the country and world.

Foal Play: Kentucky and horses are deeply intertwined, and the responsibility of breeding the next generation of award-winning stallions is taken seriously by the hardworking farmers and trainers in the industry. From adorable foals at Crestwood and Wingswept Farms to the exciting barn calls of Dr. Jeremy Shaba and the Hagyard Equine Medical Institute, this series shows what it takes to breed, train and sell the next generation of Kentucky’s famous Thoroughbred and American Saddlebred horses.

Behind the Gait: This insider’s guide to Kentucky’s horse farms highlights the hardworking people who make the region’s farms some of the most beautiful and prestigious in the world. While Thoroughbred racing is at the heart of Kentucky’s horse culture, this series also illuminates lesser known traditions such as the competitions at the Commonwealth Polo Club and educational programming at the Kentucky Horse Park.

Distilled: Bourbon is America’s official native spirit, and Kentucky produces the best of the best. The Distilled series takes viewers through the fundamentals of the spirit: water, grain, wood and heritage to tell the story of the bourbon craft.

On the Rocks: At-home mixology is a growing hobby, and this series brings some of the state’s best bartenders to the screen to lead step-by-step instructional videos on classic bourbon cocktails. From the Mint Julep, the official cocktail of the Kentucky Derby, to the Old Fashioned, the nuances of bourbon bartending are revealed.