Home » Braxton Brewing Co. in Northern Ky. leaning on its brand values to prep for the future

COVINGTON, Ky. — Braxton Brewing Co., is the nation’s fourth fastest-growing craft brewery according to the Brewers Association. The company attributes its success coming into 2020 to its hard seltzer brand, the opening of its rooftop in Covington, as well as its dedicated barrel-aging brewery and taproom in Fort Mitchell. Said simply: Its willingness to try new things.

Where we’ve been and where we go depends on one thing: our values 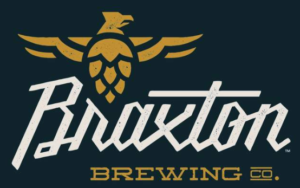 Especially today, the crisis we’re facing as a nation can be daunting, and it can be difficult to consider the same challenges day-in and day-out. Many of America’s breweries have circled the drain, working hard to serve consumers and adapt for whatever the future of craft beer might look like. For Braxton Brewing Company, our stability and confidence in where we now stand is a result of our steadfast values.

We’ve leaned on the pillars of our brand to help guide us through the most difficult decisions of the past few months, and it’s those same pillars that will continue to guide us as we embrace an uncertain future.

We may not have all of the answers, nor can we say we have crystal clear insight into what the next few months hold, but we know we’ll continue to stand by the values that brought Braxton Brewing Co. to greatness. We took a closer look at how a brand’s mission can drive the decisions its leaders make, so they’re as strong and well-formed as possible.

Strong decision-making in the crisis

Maintaining a solid purpose – and revisiting your mission time and again – is critical, especially as you face difficult and unprecedented challenges.

Because our agility is a trademark of the Braxton brand, responding to the initial shutdown quickly and deliberately was important to us. With the economic strain caused by the coronavirus, Braxton Brewing Co. furloughed many of the employees that worked to help make our brewery what it is today.

In an effort to minimize the impact of that decision, we opened up our cellar to release Dark Charge, an imperial stout the company usually releases just one day a year for a 14-hour celebration. From that release, proceeds went toward a relief fund for Braxton’s recently unemployed. In addition to these initial funds, partners like Stagnaro Distributing, The Northern Kentucky Homebrewers Guild, Scott Dorsey, Adam Weber and Michael Stich came alongside our cause and contributed to the now nearly $25,000 Braxton Family Relief Fund.

This major move was led by our intense focus on our values: Despite the challenges we’ll face, we’re still a family-owned and operated brand. We’re still determined to be a force for good in the communities we served.

Using our values to be adaptable

When the time came to make that transition, alongside everything else that guides the Braxton Brewing Co. brand, we also looked carefully at the qualitative data. Hard numbers can really tell a clear story, and we’ve found, when we trust in them, our decisions are made quickly and with much more confidence.

With strong core values and a solid mission guiding each of your decisions, it becomes a force of habit to make strategic and smart moves that will drive your brewery forward. At Braxton Brewing Co., we expect e-commerce, which is a bulk of our business now, to expand.

The shift to a larger focus on e-commerce wasn’t something we had initially planned for. Thanks, in part to the necessity of it today, we’re now investing in the infrastructure to be able to ship our beer to consumers, beginning this summer.

This year has been challenging for many and the craft beer industry, as a whole. While we’re down 68 percent from where we stood last year, in the face of the category’s challenges, we still expect to come back, renewing the strength of the Braxton Brewing Co.

For many companies wrestling with the same challenges, it’s important to make conservative projections, work toward your rebound and have frequent conversations about what that looks like once your doors are open once again.

As we look ahead at what our world will look like once bars and restaurants open back up, we’ll continue to turn back to our values to guide each decision we make. Within our team, we’re having conversations to determine what needs to happen to make sure our team is safe and feels comfortable, making sure our customers are comfortable as well.

We’ve all been forced to learn a lot (and pivot even more) and backed by our family-owned and operated values, we’re confident we’ll be able to “lift one to life” again soon.

Jake Rouse is co-founder and CEO of Braxton Brewing Co., an innovative brewery deeply rooted in the community of Covington, Ky.