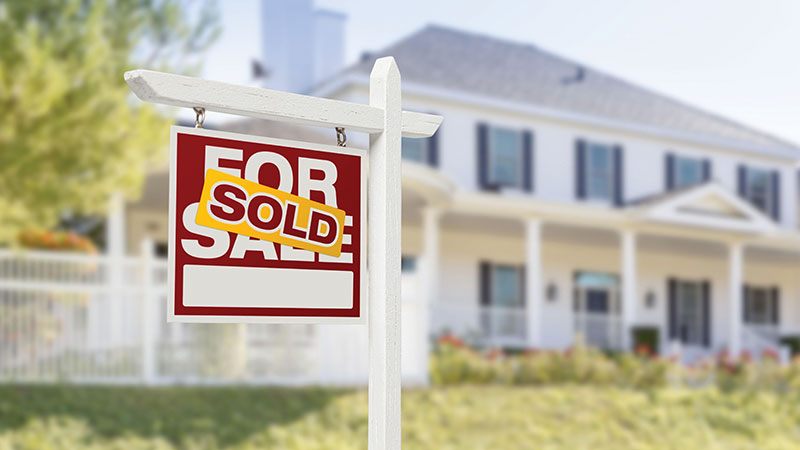 Despite fears and restrictions surrounding COVID-19 and a looming presidential election, the housing market in Kentucky is thriving. The market saw a slow March, April and May due to the pandemic, but June figures rebounded significantly, helping boost year-to-date numbers.

“January was setting up to be a banner year, then coronavirus hit,” said Lester T. Sanders, president of Kentucky REALTORS (KYR). “The pipeline was pretty full, which helped, but we did experience a slowdown. Being declared an essential business by Gov. Beshear allowed us to continue to work on behalf of home sellers and buyers. The market has rebounded significantly, with home sales up across the country since June.”

According to the July 2020 edition of the HousingIQ Survey of Kentucky REALTORS, a monthly canvass of the Kentucky REALTORS membership, 68% said that the “pent-up demand from spring had not eased up and demand was now stronger than this time last year.”

The Lexington-Bluegrass Association of REALTORS (LBAR) reported a 7% increase in closed transactions in June, making it the fifth highest month on record for total real estate sales.

According to information provided by the Greater Louisville Association of REALTORS (GLAR), sales volume was up 2.5% in June 2020 as compared to June 2019. The average sale price was up 3.7% in Greater Louisville.

Sanders said new construction, which was hit hard by economic conditions in the early part of the decade, is coming back strong. Builders throughout the state are building spec homes again, something unheard of a few years ago, he said.

Low inventory across the state

Even with new construction, buyers far outnumber sellers. Inventory levels throughout Kentucky were at an all-time low prior to the pandemic and continue to stay low.

“We’ve experienced low inventory for a while, not just due to COVID,” said GLAR President Kathryn Sotelo. “Sellers don’t want to put their homes on the market until they find somewhere else to go, which exacerbates the situation.”

GLAR reported inventory of available properties in the Louisville area was 33.4% lower than this time last year.

“We’ve had a declining inventory in Louisville beginning in 2013. In the $300,000 and under price range, we used to be able to show buyers 50-60 properties. Now 10-15 are available and buyers have to compromise. 2019 pre-COVID saw the lowest inventory numbers ever,” said Joe Hayden, principal broker with the Joe Hayden Real Estate Team.

LBAR reports a 41% decrease in available residential properties from one year ago and down 7% from May to June. June inventory marked the seventh consecutive month of record lows.

While all price ranges are seeing low inventory, the under $250,000 category is seeing the most demand, according to LBAR President Greg Buchanan.

“Frankfort and Georgetown took some of the brunt of shortages in Lexington but now those markets are seeing the same shortages we are. We have no regional communication about housing affordability and inventory. That’s a problem,” said Buchanan.

Dianna Caldwell, of Caldwell Realty Group in Florence, says the inventory in Boone, Kenton and Campbell counties is tight and homes selling for under $300,000 are incredibly competitive.

In places like Bowling Green, where the population is growing rapidly, new home construction can’t keep pace with growth.

“Bowling Green has been experiencing a housing shortage for the last four or five years,” said Stacy Carter, of Crye Leike Executive Realty in Bowling Green. “Our population is growing so quickly and interest rates are low, so even more people can afford to buy a home. But our inventory isn’t keeping pace.”

In the HousingIQ Survey, 49% of respondents expect an increase in sales volume; 46% are expecting houses to stay on the market for fewer days.

Historically low interest rates are one of the forces driving the increase of buyers into the market.

“Low interest rates are providing the opportunity for more people to consider buying a home. Those who might have waited are looking at these rates and saying, ‘We need to move now,’” said Sanders. “Supply will remain tight for a while. This is not just a Kentucky challenge but something we’re facing across the country.”

Homeowners concerned with finding a new home in this tight market are staying put, which contributes to the market shortage.

“Sellers worried about finding suitable housing are holding on to their homes, creating a domino effect for buyers looking to move up and first-time home buyers,” said Buchanan.

Caldwell agrees, saying people are afraid to sell, not knowing where they’re going to go next. But she says now is the time to sell.

“This is the best seller’s market I’ve seen. You really should take advantage of it. Trust your agent to help you through the process,” said Caldwell.

Sellers are looking at the tight market and refinancing to take advantage of lower rates and possibly upgrading by remodeling an existing home, said Hayden.

“Buyers are seeing how fast homes are being marked pending, which leaves no time to consider much of anything. So rather than deal with it all, many homeowners are just refinancing or doing cash-out refinancing. This is allowing them to add to or finish unfinished areas, giving them more space and adding value to their existing home,” said Niki Wiley, of Bluegrass Sotheby’s International Realty in Lexington.

Overall worry and anxiety about the future is keeping some sellers from putting their homes on the market.

“I think this year, with so much uncertainty, a lot of folks don’t want to move so they’re holding on to their homes. They just want to stay put. At the same time lots of new folks are moving into the Bowling Green area, which creates a shortage,” said Carter.

Fear of the coronavirus is another reason some are looking to hold on to their properties.

“Some sellers don’t want to put their homes on the market because they don’t want people in their homes. We are taking so many precautions—wearing masks and gloves, asking sellers to turn on all the lights and open all the doors before they leave so we touch as little as possible,” said Wiley.

In Fayette County, a lack of land for new construction is limiting new home supply.

“The land that is available is too expensive to construct housing that is affordable for most buyers, contributing to the overall short supply of homes,” said Buchanan.

According to real estate agents across the state, low supply and high demand continues to push sale prices up.

“It’s really a frenzy for buyers, sellers and real estate agents right now. Properties are moving so quickly. Sellers are getting a lot more for their property now than they might have just a year or two ago,” said Wiley.

“Home prices are increasing and days on the market are decreasing. Homes are selling for 98% of asking price, which is unheard of,” said Carter. “Sellers know they can increase their prices and get it in this market. A home that was listed for $205,000 in January 2020 can now list for 217,000 in July because of the tight market.”

Entry-level home prices are rising and pricing some out of the market.

According to the HousingIQ Survey, 61% of realtors said first-time buyers were discouraged by high prices.

“Bottom line, affordable housing is harmed by supply shortage and high demand. Buyers may have newfound monetary power but are not getting much traction in this market. The affordable housing market is in a dangerous place,” said Hayden.

Hayden says over the last three to four years, Louisville has seen a dramatic boon in the construction of luxury apartment complexes.

“Apartments have opened up thousands of housing options. Younger people like mobility, luxury and fewer commitments to property maintenance. These luxury apartment complexes offer amenities like swimming pools and luxuries like granite countertops that are hard to compete with,” said Hayden.

“I think real estate will be the crutch that holds up the economy over the next few years. Some of this is due to inventory but I think we’ll see more urban sprawl; folks moving from large cities to a place like Lexington, which is big enough to satisfy their needs but small enough post COVID-19,” said Buchanan.

According to Sanders, homes will remain in short supply for the foreseeable future, making it challenging for buyers.

“Buyers will need to be prepared to act quickly,” said Caldwell. “Don’t jump into the market until you’re pre-approved and know what your financing options are. Know what you can really afford and what you’re comfortable with. Don’t get too caught up in the price of a home—you may have to make a more competitive bid.”

Buchanan says, “Buyers have to drill down on their priorities. They need to decide what is on the must-haves list and what you can do without.”

According to Hayden, sellers are just beginning to realize the power they have in deciding favorable terms for the sale of their property. Contract terms and contingencies allowing them more flexibility to meet their needs will be the norm, he said.

Caldwell says that since so many people are working from home and don’t have to worry about a long commute, buyers are starting to look at neighborhoods and locations they hadn’t considered before.

“The pandemic has been an eye opener for some, as they spend more time in their homes and realize they’ve outgrown their current space. With so many working from home for the foreseeable future, home offices have become a necessity and something buyers are looking for,” said Sotelo.

“The market has changed drastically in the last 10 or so years. In 2010 people could take their time, view a house online, do an open house and take a week or two to think things over before making an offer. Now you have to decide in hours,” said Wiley. ■

Kym Voorhees Raque is a correspondent for The Lane Report. She can be reached at [email protected]