The popular website has been acquired by Stuart McWhorter, “and we will be partnering with him and his team to grow our University of Kentucky sports coverage,” Jones said in a post on the website. 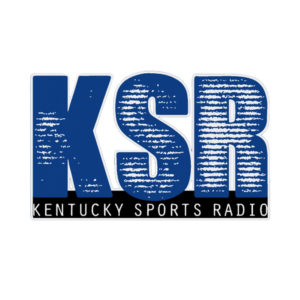 McWhorter was one of the founding investors and directors in 247Sports prior to its acquisition, Jones said. McWhorter and his team will help KSR “maintain and grow its place as the preeminent site for UK sports coverage and the most powerful sports media entity in the state,” Jones said.

The radio show and podcasts will continue. Jones has signed a long-term deal with McWhorter to continue to oversee the site. In addition, Tyler Thompson, Drew Franklin, Nick Roush, Jack Pilgrim, Maria Taustine and Freddie Maggard have all signed multiple year deals with the new company and will remain the core writers and content producers of the site going forward, Jones said. All of the site’s current contributors will continue to be used, he said, and the roster of writers will be expanded in the coming months.

“The decision for me to sell KSR was not an easy one. I started this site 15 years ago and along with my partner Andrew Jefferson, we have slowly built it from a blog created out of our basement and populated mostly by our friends into the most read independent college sports team site in the United States,” Jones said. “KSR has been a massive part of my life over these 15 years and watching it grow and develop, while harnessing the careers of our amazing writers and content producers has been one of the greatest joys of my life.”

“I truly believe this is the best move for the future of KSR, its writers and our readers, to help us become the model for college sports coverage across America,” he added. “I plan on being even more active in the day to day workings of the site than I have been in recent years and am committed to seeing our new venture realize all its possibilities.”