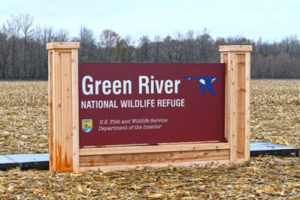 The nation’s newest refuge is planned to expand from its initial 10 acres to 24,000 acres through acquisitions from willing sellers only.

With resources from the Land and Water Conservation Fund (LWCF), the U.S. Fish and Wildlife Service finalized an agreement to purchase two tracts of land totaling 437 acres from willing sellers.

In addition to delivering nearly $10 billion for overdue maintenance projects, the legislation also provided $900 million per year in permanent support for the LWCF to make announcements like this possible.

According to the U.S. Fish and Wildlife Service, more than 60 million people visited America’s national wildlife refuges in the fiscal year 2020. They generated approximately $3 billion in economic activity and supported 41,000 jobs nationwide.