In two studies released June 10, researchers found that the annual number of short-term certificates awarded in Kentucky soared by more than 110% between the 2005-06 and 2018-19 academic years. Overall, Kentucky colleges and universities granted 27,144 certificates in 2018. That’s more than 2.5 certificates for every associate degree.

CPE President Aaron Thompson said the trend shows that postsecondary training is in high demand at nearly all levels of the economy. He added that short-term certificates are a key component to reskilling Kentucky’s workforce following the pandemic.  “It’s clear that stable, good-paying jobs almost always require some training after high school,” Thompson said. “However, higher education can take many forms other than a four-year, residential experience at a university, and I’m encouraged that so many Kentuckians are using short-term certificates to further their potential.” 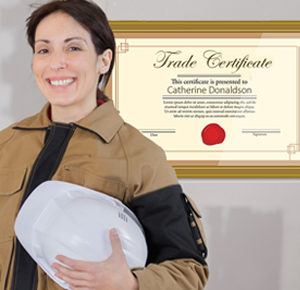 CPE partnered with the Martin School of Public Policy and Administration at the University of Kentucky to develop both of the reports. CPE provided the funding and researchers from the Martin School produced the studies.

For years, Kentucky has remained a national leader in awarding certificates on a per capita basis, producing credentials at nearly twice the national average. The colleges of the Kentucky Community and Technical College System grant nearly all of the certificates across the state, although four-year universities have increased their output to around 2% of the total in recent years.

The reports show that some of the most explosive growth has occurred in STEM fields. Between 2005 and 2018, the annual number of certificates awarded in STEM climbed 275%, from 1,125 to 4,211. However, skilled trades still comprise the largest share of certificates, with about 12,000 awarded annually. That category grew 127% during the period, while certificates in health care were up about 88% over the same time. Some evidence also suggests that students are choosing to stack credentials. In fact, the frequency of students earning more than one certificate, but not an associate degree, increased about 50% from 2015 to 2018.

Researchers also determined that while students over the age of 25 earned about 55% of all certificates in 2018, students younger than 25 were the fastest-growing segment. About 62% of certificate earners were males, and about 70% of earners came from wealthier counties.

The research briefs can be accessed via the Council’s website athttp://cpe.ky.gov/data/publications.html.