LEXINGTON, Ky. — Representatives from the James B. Beam Institute for Kentucky Sprits and the Kentucky Distillers’ Association recently planted the ‘Sacred Acre’ of heirloom corn at the University of Kentucky College of Agriculture, Food and Environment.

The ‘Sacred Acre’ is part of the prestigious Order of Writ society, a fraternal and charitable organization that embraces the spirit of Kentucky bourbon education, responsibility, environmental stewardship, history, scholarship and an unwavering commitment to the furtherance of America’s only native spirit.

Each year, the Order plants an annual crop that will eventually become Founders Reserve Bourbon for the Order and its members.

“This is the third planting,” said Eric Gregory, the Order’s sergeant-at-arms and a member of its founding council. “Brown-Forman used grains from the first in 2018; Michter’s was the second in 2019, and Diageo will use the corn planted this year at UK.”

Chad Lee, director of UK’s Grain and Forage Center of Excellence, said, “My team and I were honored to plant the 2021 version of the Sacred Acre. The corn for 2021 was planted into a sustainable rotation of cover crop wheat preceded by soybeans in 2020. The field is no-tillage. 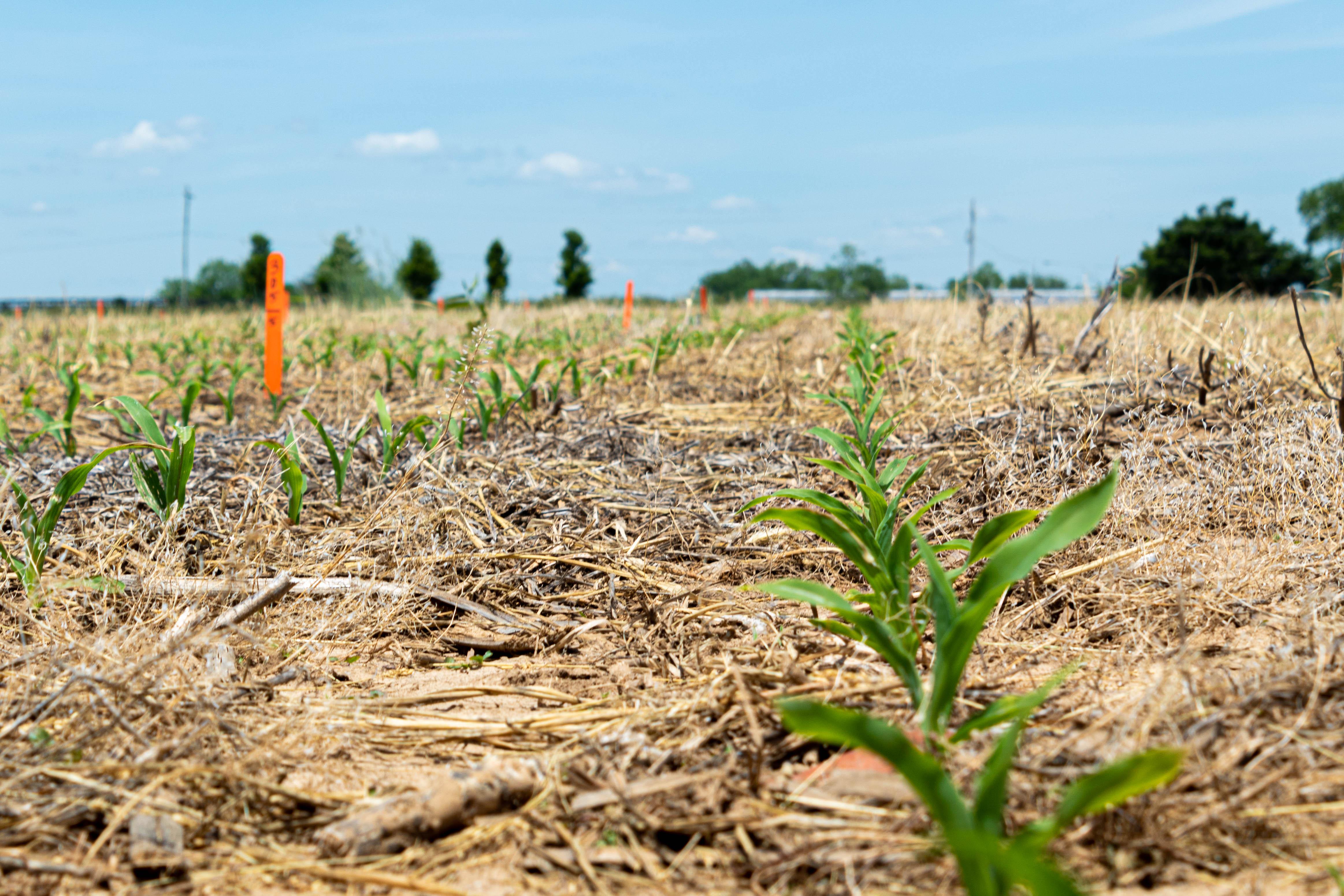 “My research team is honored to be part of this project, as they will get to see a crop from planting all the way to the mash bill. In late May, the young corn seedlings emerged from the soil and saw their first sunshine and their first rain.”

To be eligible for membership, a nominee must have had a service or association with the Kentucky bourbon industry and have made a positive contribution to the management, production, sales, marketing, distribution, promotion or development of Kentucky bourbon for a minimum of five years.

Each nominee is chosen for membership by a founder who attests to the candidate’s merit before the founding council.

“The Order of the Writ is evidence that Kentucky Bourbon is worthy of the same recognition and reputation enjoyed globally by the world’s other great spirits – scotch and cognac,” said Chris Morris, Brown-Forman Corporation master distiller and governor of The Order of the Writ.

There will never be more than 1,776 Holders of the Writ, in commemoration of the year that the Virginia General Assembly granted preference to the pioneers taming the commonwealth’s western frontier.

“Members of the Order share an exceptional commitment to elevate and defend the integrity of Kentucky bourbon and to share its virtues in the spirit of Kentucky’s legendary hospitality,” said Gregory, who is also the Kentucky Distillers’ Association president.

Lee said in addition to the “Sacred Acre,” the team is working to bring rye back to Kentucky for distilleries and for the benefit of Kentucky soils. UK, through its land-grant model, has been serving Kentucky’s grain producers behind the scenes for more than 150 years.

The James B. Beam Institute for Kentucky Spirits ensures the welfare and prosperity of Kentucky’s spirits industry. Through teaching, research and outreach, the Institute promotes economic sustainability, environmental stewardship and responsible consumption. The Beam Institute is a multidisciplinary effort of experts from the UK College of Agriculture, Food and Environment, College of Engineering, College of Arts and Sciences, and Gatton College of Business and Economics