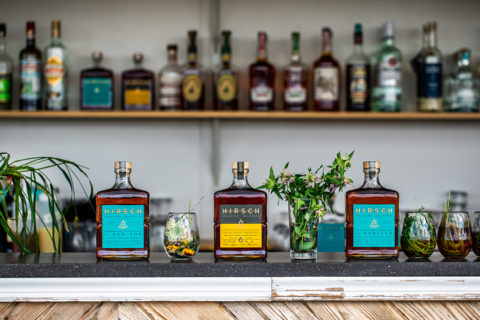 Legendary bourbon brand, HIRSCH Selected Whiskeys, announced the debut of its Single Barrel Kentucky Straight Bourbon Whiskey Release in honor of Bourbon Heritage Month, marking the brand’s first-ever Single Barrel to hit the market. A limited batch of just 57 barrels, HIRSCH is thrilled to release this latest expression, a testament to the brand’s ongoing journey to source the best in American whiskey.

In 1974, when A.H. HIRSCH first commissioned his now-legendary bourbon A.H Hirsch Reserve, his story became an inspiration to many, to never settle, keep an eye on the horizon and chase one’s dreams. He raised the bar and set the model for what whiskey should be. Fast forward to now, HIRSCH continues to honor that sentiment, and is proud to once again be releasing an even more limited batch with the Single Barrel release.

Aged for a minimum of six years in Bardstown, Kentucky in new American Oak Barrels, HIRSCH The Single Barrel Kentucky Straight Bourbon Whiskey is non-chilled filtered, combining a mashbill of 72% corn, 13% rye, and 15% malted barley. On the nose, it offers bold, dark cherry, roasted caramel, and cinnamon fragrances, and on the palate a marriage of herbs and soft peppery flavors take shape. The finish is long and dry with a sweet chocolate taste lingering afterward.