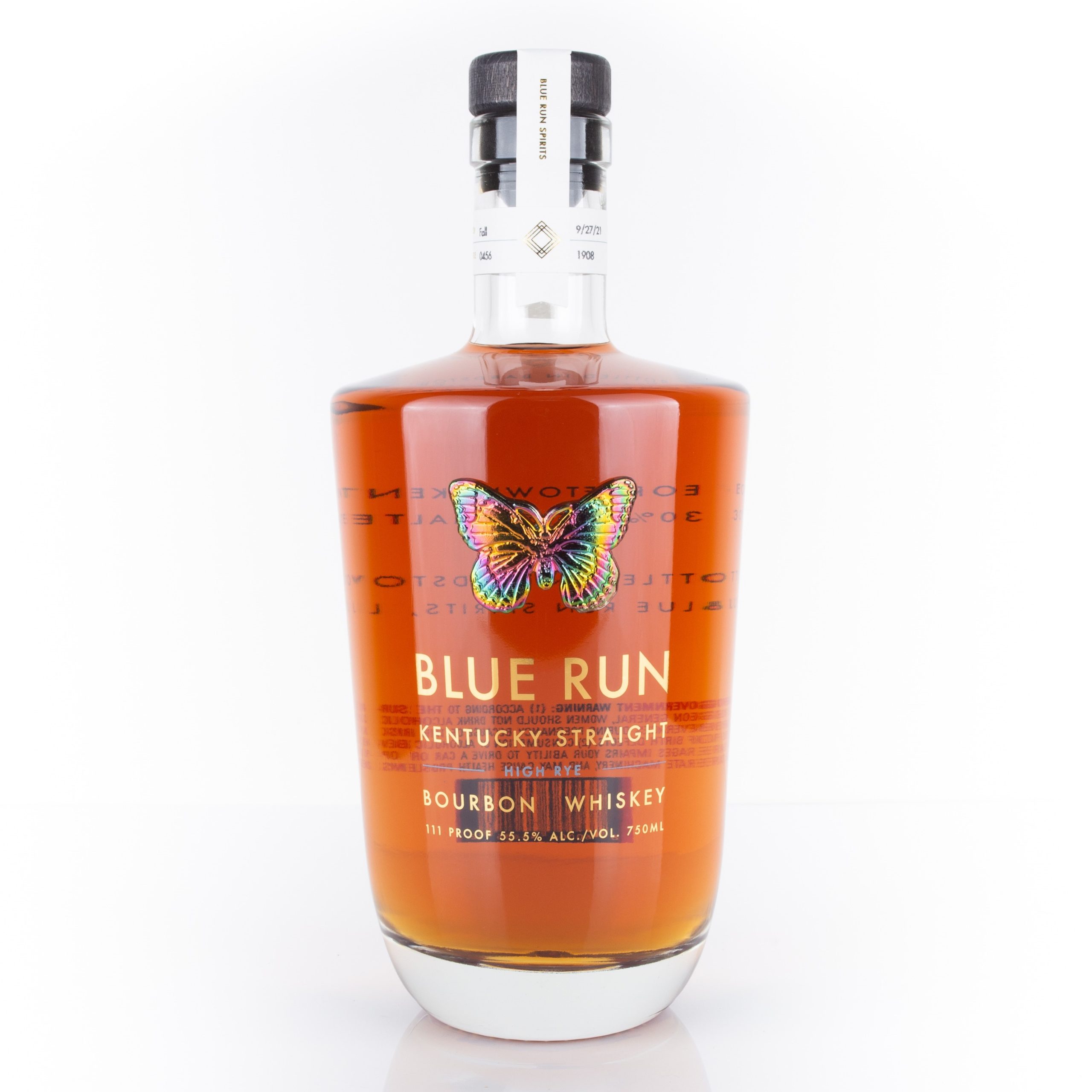 “For a four-year-old Bourbon, I’m impressed with the quality of this release, and I look forward to evaluating the subsequent releases of these barrels – after additional maturation,” said Jim Rutledge.

On the tongue, Blue Run High Rye Bourbon is a caramel beauty full of baking spices and a toasted oak frame that crescendos with stone fruit and black pepper finish. Each bottle features an iridescent coating on the brand’s signature gold butterfly to create a prismatic, rainbow-hued medallion, making it easily identifiable on any back bar.