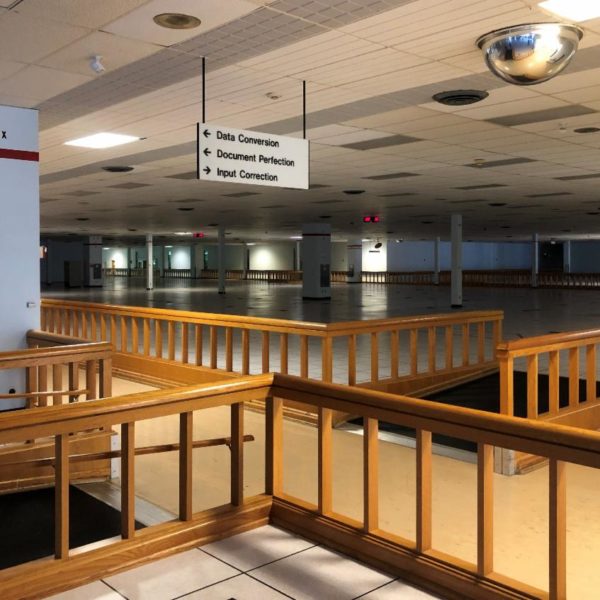 COVINGTON, Ky. – The behind-the-scenes work on developing the 23-acre former IRS site should grow substantially more visible early in the new year. The City of Covington released a request Tuesday for proposals seeking companies to both demolish the site and address its significant environmental challenges.

Proposals are due by noon Dec. 29, and Covington hopes to make a decision on awarding a contract within a few weeks after that, City Manager Ken Smith said.

“We’re eager to get this project started,” Smith said. “We’ve been proceeding with careful deliberation to make sure the problems of the site are understood and to make sure the process of preparing it for private development is one that will yield the results we want, but now it’s time to proceed to the next phase and prepare to bring in the cranes and bulldozers.”

The RFP – technically called the “Covington Central Riverfront Demolition and Abatement Project – can be found on the City’s procurement portal, HERE.

Once hired, the contractor will perform a variety of tasks, including:

• Removing environmental hazards. Some are connected to the former tax preparation facility, and some are tied to previous commercial operations on the 160 properties that were cobbled together to create the site in the 1960s. Hazards include asbestos that is prevalent in walls, floors, and insulation in the sprawling one-story complex … three underground fuel tanks (500-gallon, 1,000-gallon, and 2,000-gallon) … an underground 3,000-gallon storage “vault” that was believed to be used for separating water and oil … and lead paint, miscellaneous chemicals, transformers, refrigerants, and mercury-containing devices.

• Salvaging the site. Materials that can be reused, sold, or recycled will be done so. Examples include copper wiring, oak railings, and HVAC equipment.

• Site regrading and backfill. As that demolition and abatement work proceeds, Covington will begin the process of selecting and hiring an engineering firm to draw up designs for the so-called horizontal infrastructure on the site, including streets, sidewalks, and utilities, Smith said. That work will occur simultaneously.

Covington recently hired a third-party project manager – the global multi-disciplinary consulting firm J.S. Held – to oversee the complicated and time-intensive work of preparing the site for development, including helping to manage and coordinate the project’s budget, schedule, safety, contracts, compliance, demolition, and construction. See this RELEASE for details.

The bulk of the property lies just north of Fourth Street between Madison Avenue to the east and Johnson Street to the west, with an adjacent parking lot west of Johnson reaching the approach to the Clay Wade Bailey Bridge.

Once Covington’s largest employer, the Internal Revenue Service operated a tax-processing facility there for 52 years before closing in September 2019. The city closed on the purchase of the property from the federal government in August 2020. In the past year, the city has secured over 1,500 pages of reports on the environmental challenges of the site and worked with the Commonwealth of Kentucky to create funding mechanisms for site preparation.

As spelled out in the conceptual plan, which can be found HERE, the goals underlying Covington’s vision for the site include:
• Jobs and tax revenue from a variety of workplace environments.
• A mixture of uses and outdoor spaces.
• A walkable and drivable street grid.
• Enhanced connections to the Ohio River.
• Integration with surrounding neighborhoods and business centers.
• A flexible framework to accommodate market demand and proposals.