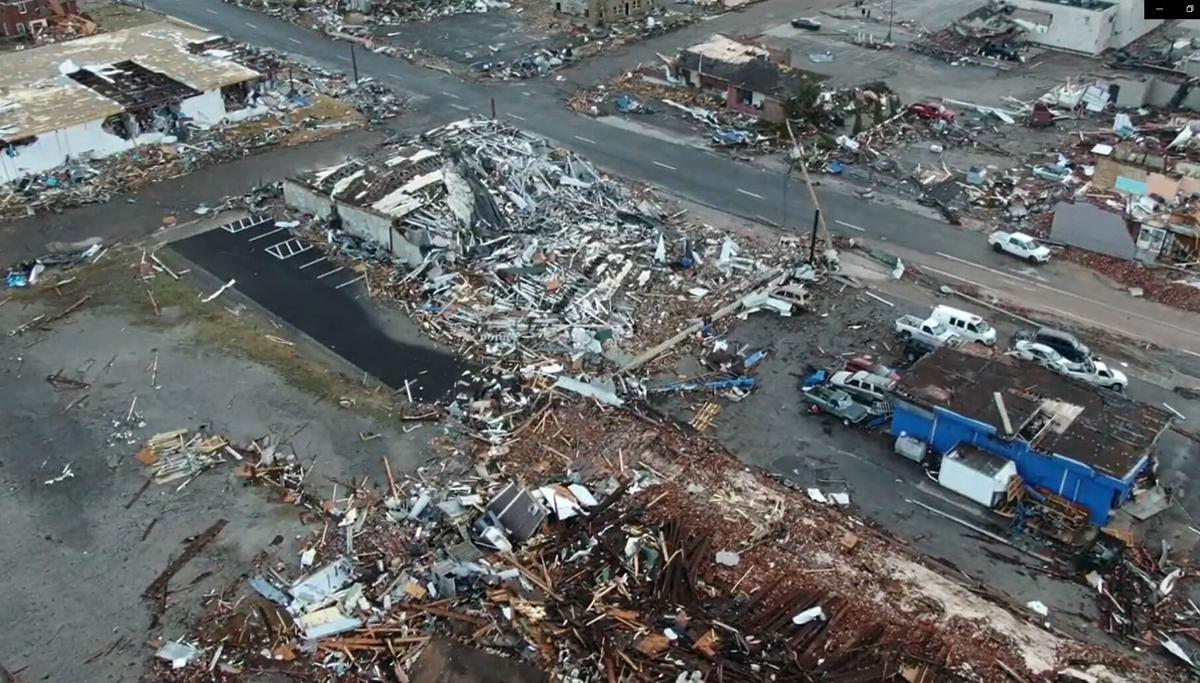 Updates included some good news: President Joe Biden approved the emergency declaration the Governor requested earlier. The declaration orders federal assistance to help with local response efforts. The Governor thanked the President for his commitment to helping our people recover.

“Kentucky is absolutely united,” Gov. Beshear said. “We are united with our people; united to find and rescue as many as possible; united to grieve, and united to be here for our families impacted – not just today, but in the years to come so that we can rebuild together.”

The Governor immediately declared a state of emergency and activated over 180 Kentucky National Guard members as well as the Kentucky State Police. The state also is using armories as places of refuge for Kentuckians in need of shelter.

State workers are on the ground to help clear roadways and debris.