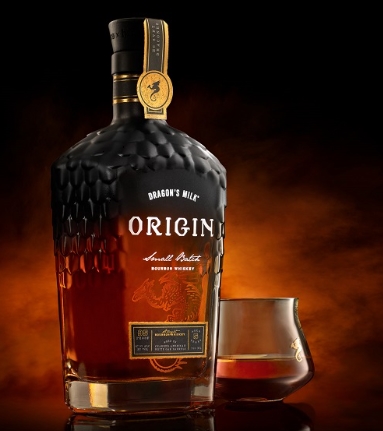 New Holland Spirits of Holland, MI will officially release Origin Small Batch Bourbon Whiskey as a new year-round addition to their Dragon’s Milk brand portfolio. Origin is a straight bourbon whiskey, distilled in small batches and bottled at 95 proof. This release is the first year-round bourbon with an age statement of 5 years or more for the craft distiller.“

Origin is one of the most exciting projects we’ve taken on at New Holland,” said Adam Dickerson, Brand Manager at New Holland. “We’ve been sampling this product patiently for five long years and are continually impressed by its complexity of flavor, and delicate finish. As Michigan’s oldest whiskey distiller, we are immensely proud to be able to offer this bourbon to our customers. We feel that it is a landmark moment for us as a distillery.”

Origin’s unique status among modern bourbons is owed to the distilling process that made it possible; namely, the near 100-year-old prohibition-era pot still that resides at New Holland’s production facility is used to produce all of their bourbon recipes. This traditional still imparts fruit-forward character and a balanced body, while allowing New Holland to produce true small-batch bourbon, always bottled at the pinnacle of flavor in batches of 100 barrels or less. The recipe features corn, rye, and a high ratio of malted barley.

“Origin’s high-barley mash bill and 5-year maturation in char 3 oak barrels offer the drinker a one-of-a-kind experience,” Dickerson said. “We are particularly enthusiastic about Origin’s four signature tasting notes of stone fruit (namely pear and apricot), citrus, baked pastries, and vanilla wafer. The marriage of these flavors with the myriad of additional sub-flavors forms a truly memorable bourbon and presents you with new tasting notes to uncover each time you revisit.

Origin will be released on April 16th at New Holland’s own retail locations and will begin distribution to Michigan, Indiana, Illinois, Wisconsin, Colorado, Texas, and California on Monday, April 18th.