Home » Kentucky gets $15M investment back from aluminum mill 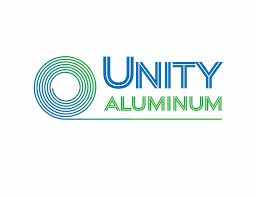 (The Center Square) — A $15 million investment Kentucky made in a proposed aluminum mill that never got off the ground is coming back to the state, and both the Democratic governor and Republican lawmakers are taking credit for it.

In 2017, Kentucky gave that money to what was then known as Braidy Industries, which had announced it would invest more than $1 billion in the project and hire 600 workers at a site near Ashland in Eastern Kentucky.

However, the project eventually fizzled even as Braidy executives lined up a Russian partner for the mill. In July, Steel Dynamics announced a joint venture with Unity Aluminum, the new name officials gave the Ashland-based company two years ago, to build a $1.9 billion aluminum mill in the southeastern United States.

On Thursday, Gov. Andy Beshear announced Unity returned the funds to the state and donated the 205-acre plot back to the Northeast Kentucky Regional Industrial Authority.

“We have always been excited by the potential of Eastern Kentucky, and returning this land will help the communities realize this potential,” Unity Senior Vice President Curtis Carson said in a statement released by the Governor’s Office.

The $15 million goes back to Commonwealth Seed Capital, which will transfer it to the Kentucky Economic Development Finance Authority.

Beshear, in a statement, said the move was “a long time coming” and thanked the company for giving back the money and land.

“Given the current economic momentum we are experiencing across the state, I am confident we will secure a significant project on the property, as it is a great site for a potential employer,” the governor said.

Lawmakers approved the $15 million allocation to Braidy five years ago, but some raised questions as the project languished for years.

State Sen. Chris McDaniel, R-Ryland Heights, filed a bill in the Senate earlier this year that would have recouped the funding. Senate Bill 48 passed that chamber unanimously, but the House did not take action.

McDaniel, who chairs the Senate Appropriations and Revenue Committee, said lawmakers scrutinized the deal and kept the state funding of it in the spotlight.

“I and others pulled no punches when representatives testified before the Appropriations and Revenue Committee when they could not answer questions and were continually disingenuous on why they had not yet returned this $15 million,” he added. “We are certainly happy to have taxpayers’ dollars returned—albeit far too late—but remain utterly disappointed the people of Ashland and Eastern Kentucky will not have an aluminum mill they, and lawmakers, were led to believe would come to fruition.”