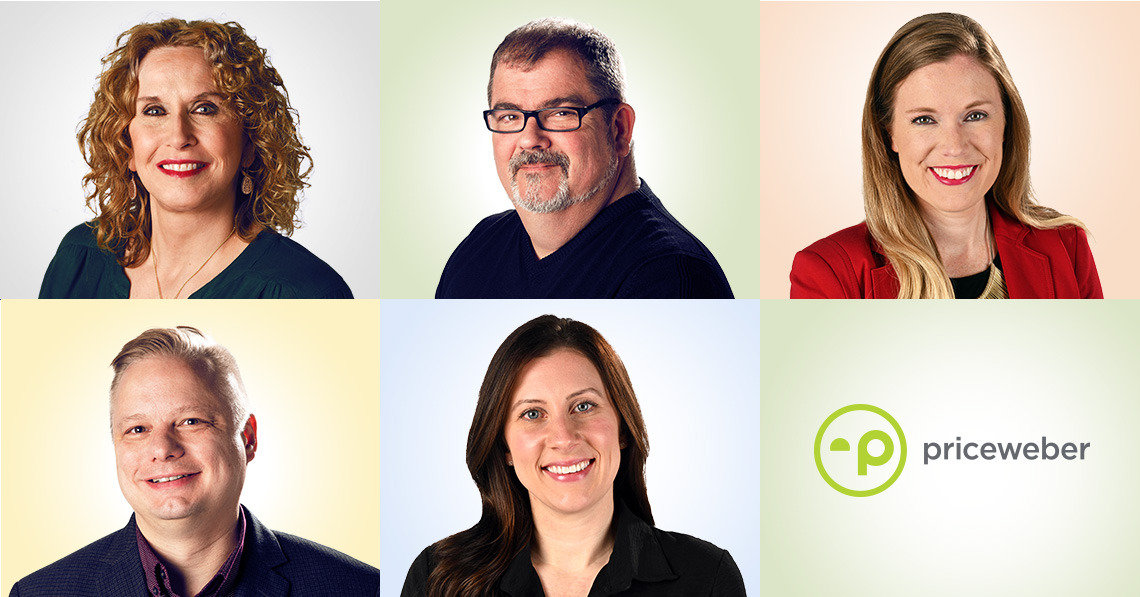 “Each of these individuals has proven themselves to be an incredibly talented professional and a leader in their area of expertise and within PriceWeber as a whole,” said Fred Davis, President and CEO of PriceWeber. “We are excited that they are willing to join the existing shareholders in leading PriceWeber through its next phase of growth.”

Steve Kozarovich, a Senior Account Director and lead of PriceWeber’s Sweets and Snacks practice, is a Pittsburgh, PA, native who attended the University of Pittsburgh. He was an editor and publisher for 16 years. He has received multiple awards from the PRSA Bluegrass Chapter, a Silver National Addy, and dozens of journalism awards, including leading four different newsrooms to Newspaper of the Year in four states. Kozarovich has 11 years of tenure at PriceWeber. He is involved locally as a Girl Scouts of Kentuckiana volunteer.

Mike Nickerson, PriceWeber’s Chief Marketing Officer, is originally from Key West, FL. He attended the University of Florida and the University of South Florida and has spent most of his 30 years in marketing and advertising working in Chicago and New York. Nickerson has led dozens of teams to prestigious advertising awards, including Effie, Addy, Clio, and Telly awards, among others. He moved to Louisville in 2013 and has worked at PriceWeber for nine years.

Donna Lee, PriceWeber’s Controller, is a native of South Bend, IN, and attended college at Sullivan University in Louisville. She has worked in the advertising industry for 8 ½ years – 7 of those years at PriceWeber. Lee has more than 30 years of accounting experience and has been a Certified Public Accountant since 2005.

Michelle Stevens, an Account Director and co-lead of PriceWeber’s Healthcare and Nonprofit practices, grew up in Clarksville, IN, and attended Indiana University. She has worked in the advertising industry for 12 years – seven of those years at PriceWeber. Stevens has also worked on the client side of the marketing business, serving as a Marketing Specialist at LINAK. She has received multiple awards from the PRSA Bluegrass Chapter.

Tamara Davis, PriceWeber’s Director of Public Relations and Social Media and co-lead of PriceWeber’s Healthcare and Nonprofit practices, is a native of Bowling Green, KY, and graduated from Western Kentucky University. Davis has worked in public relations for seven years, including four years at PriceWeber, after spending nearly 12 years in broadcast journalism, working as an Anchor/Reporter at WDRB News in Louisville, WKYT in Lexington, and WBKO in Bowling Green. Davis has received dozens of awards from the PRSA Bluegrass Chapter, Society of Professional Journalists, and Kentucky Associated Press, including being named Kentucky’s Best TV News Anchor. She is also a recipient of a prestigious Edward R. Murrow award. Davis has served on the communications committee for The Center for Women and Families for 10 years and the PRSA Bluegrass Chapter for four years.