To strengthen growing trade ties with the Arab emirate of Dubai, a Kentucky Chamber of Commerce delegation of 40 business and public economic development officials, led by Gov. Steve Beshear, visited the visually stunning city state on the Arabian Gulf in November.

Dubai, on the Arabian Peninsula, is a gateway to emerging markets in the Middle East, western Asia and Africa. The visit was a signal that businesspeople in the Bluegrass State are excited about the opportunities the emirate offers.

“Last year, we exported $140 million to Dubai,” Beshear said in a formal meeting Nov. 20 at the Dubai Chamber of Commerce. “Most of that was horse or horse power: There were $59 million in Kentucky horses and $85 million in Kentucky-made autos and trucks sold in Dubai. We are constantly finding areas in which to invest.”

Sheikh Mohammad bin Rashid al Maktoum, the billionaire monarch of Dubai, is an active horseman whose holdings include Darley, a leading Thoroughbred breeding and racing operation with an American base at Jonabell Farm in Fayette County, and the Fasig-Tipton Thoroughbred auction company headquartered in Lexington.

“Kentucky and Dubai have had a very long relationship, and it’s been excellent,” Beshear said. “Decades ago, Dubai’s royal family started investing in Kentucky Thoroughbred horses. Then in 2010, the relationship deepened when the World Equestrian Games came to Lexington.”

Princess Haya bint Al Hussein, the sheikh’s wife, is president of the Fédération Equestre Internationale (FEI), which oversees WEG. In connection with the 2010 games at the Kentucky Horse Park, Jane Beshear, the governor’s wife and an active horsewoman also, developed strong ties with the princess, who hosted a reception for the delegation at the Armani Hotel in the Burj Khalifa, the world’s tallest building.

“We’re here to continue building on that relationship,” Gov. Beshear said. “Business is business, but relationships bring success to that business. As we build friendships and relationships, we’ll see business grow.”

The delegation of business and public economic development officials, some accompanied by spouses, left the state Nov. 16 and returned Nov 22. The goal, Kentucky Chamber President and CEO Dave Adkisson said, was to build relationships that lead to further profits for Kentucky business in the developing markets in the Middle East, Africa and West Asia.

The agenda included an economic briefing by His Excellency Hamad Buamim, director general of the Dubai Chamber. There were tours of the $1.3 billion Maydan Racecourse; the Burj Kahlifa; the souks (markets) in Old Dubai; and the Dubai World Port and Financial District with a briefing on regional exporting practices. Beshear was accompanied by Larry Hayes, secretary of the state Cabinet for Economic Development, and called on companies in the UAE that have expressed interest in Kentucky.

“This is the hub for emerging economies in Africa and the Middle East. It is a tremendous opportunity for Kentucky businesses working through Dubai,” Adkisson said. “We need to be prominently engaged with Dubai as the gateway.”

Kentucky Chamber board chair Elizabeth McCoy, who is CEO of Planters Bank in Hopkinsville, stressed the importance of the Dubai market to Kentucky businesses.

“I posted a few photos of the reception (at the Burj Kahlifa) on my Facebook page, and within minutes I received an email from the CEO of the Comefri Fan Co., which has a plant in Hopkinsville, saying, ‘Our fans are installed in the building you’re in now,’” McCoy said.

“There is a much more open society than what I thought there would be,” she said. “People in Dubai want a peaceful world and are trying to raise their families and run profitable businesses. They have very little crime and are doing a great job. These are the kind of people we like to do business with. They do banking in a very similar way to the way we do in Kentucky.”

Wil James, president of Toyota Motor Manufacturing of Kentucky and chair-elect of the chamber, was part of the delegation and noted that approximately 50 percent of all vehicles in Dubai are Toyotas.

“One thing has been very interesting to me,” James said, “which is the size of the emirate, the high speed of its growth and the high expectations they have of themselves. If their projection of growth meets that perspective, there’s substantial opportunity for Kentucky business.”

Dubai Chamber Secretary General Buamim also cited a desire to build relationships and stressed that emirate enterprises are interested in doing business with smaller Kentucky companies. The Dubai Chamber is opening offices in 20 countries to offer services to those wishing to partner with businesses there.

“The big players like Boeing know what to do,” Buamim told the visiting delegation. “But the smaller companies need to be encouraged. This is what we can do together.” 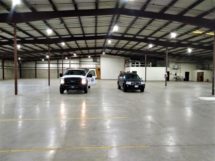 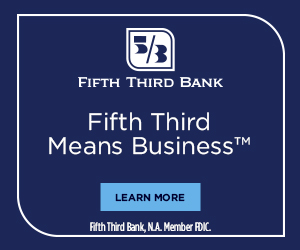