Greater Louisville’s 15-county region is enjoying an era of transformative growth, from the bourbon boom and steady investment in logistics to the huge electric-vehicle battery plant project in Hardin County and everything in between.

“Over the past six years, the 15 counties we represent across Kentucky and Indiana have embraced regionalism, and the Greater Louisville Regional Partnership has become a critical tool for collaboration,” she said. “Regionalism has made Greater Louisville more accessible to site selectors and prospective businesses, and ultimately helped us land more projects and investment.”

One recent project happens to be the single largest economic development deal in Kentucky history: the construction of two electric battery plants in Hardin County by Ford Motor Co. and SK Innovation. The $5.8 billion BlueOvalSK Battery Park, announced in September 2021, will create 5,000 direct jobs and hundreds of indirect ones in 2025. The battery park will supply Ford’s North American assembly plants with batteries to power the next generation of Ford and Lincoln electric vehicles. 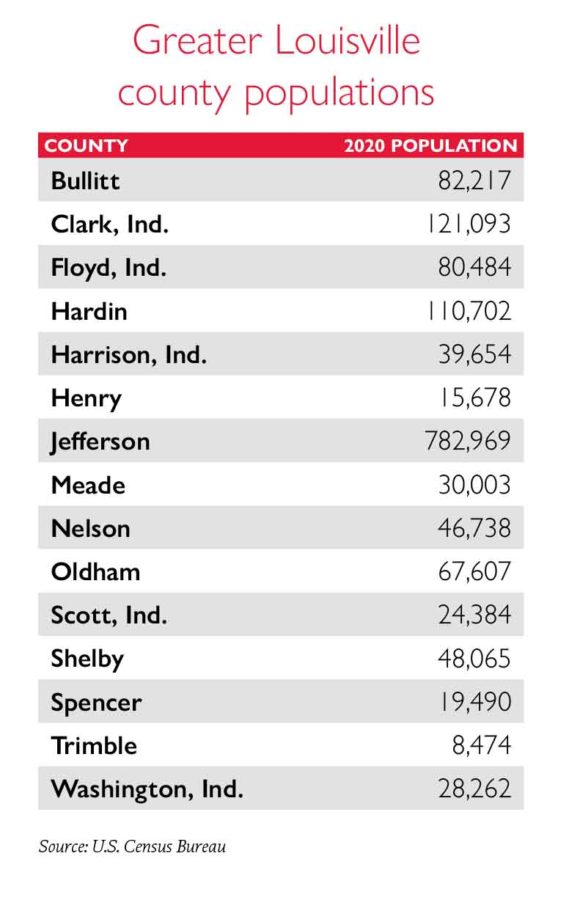 The plants will be built on a 1,551-acre economic development site near Interstate 65 in Glendale, south of Elizabethtown. The development includes construction of an on-site training facility that also will be a satellite campus for Elizabethtown Community and Technical College (ECTC).

As expected, the project is spurring other growth in Hardin and surrounding counties. A new I-65 ramp is being built to accommodate traffic growth, and developers are buying land hoping to capitalize on the huge project, said Rick Games, executive director of the Elizabethtown Hardin County Industrial Foundation.

“A lot of exciting things are going to happen here,” Games said. “Every day, we’re seeing land being purchased and land being listed and housing developments applying for permits or getting zoning changes. It’s going to be fun to watch.”

Electric vehicle and battery manufacturing is an industry with major potential for long-term growth throughout the region, GLI’s Davasher-Wisdom said.

“With a new and exciting field taking root, we will see opportunities for more businesses to come and provide supplies and services to these major manufacturers,” she said.

Manufacturing is a huge sector in the region, thanks both to its strong tradition of excellence and innovation and because Greater Louisville is a national transit hub. With access to UPS Worldport, major national highways, railways and the Ohio River, it is efficient for manufacturers to make and ship their products.

That access is helping Meade County, just down river from Louisville, become a center of steel production. Construction is nearly complete on Nucor Steel Brandenburg’s $1.7 billion plate manufacturing plant, which is creating 400 high-paying jobs. Several other steel-related companies have announced investments there in the past year. Though Meade is small, it is poised to become a manufacturing powerhouse thanks to its location along the Ohio River.

In Metro Louisville, GE Appliances is adding over 1,500 full-time jobs. The company plans to invest $530 million through 2023 for upgrades across its operations at Appliance Park in Louisville, where it makes refrigerators, washers, dryers and dishwashers.

Large and small companies continue investing in Louisville. In the 12 months prior to April 2022, over $1 billion in investments and 4,000 jobs were announced in Jefferson County. 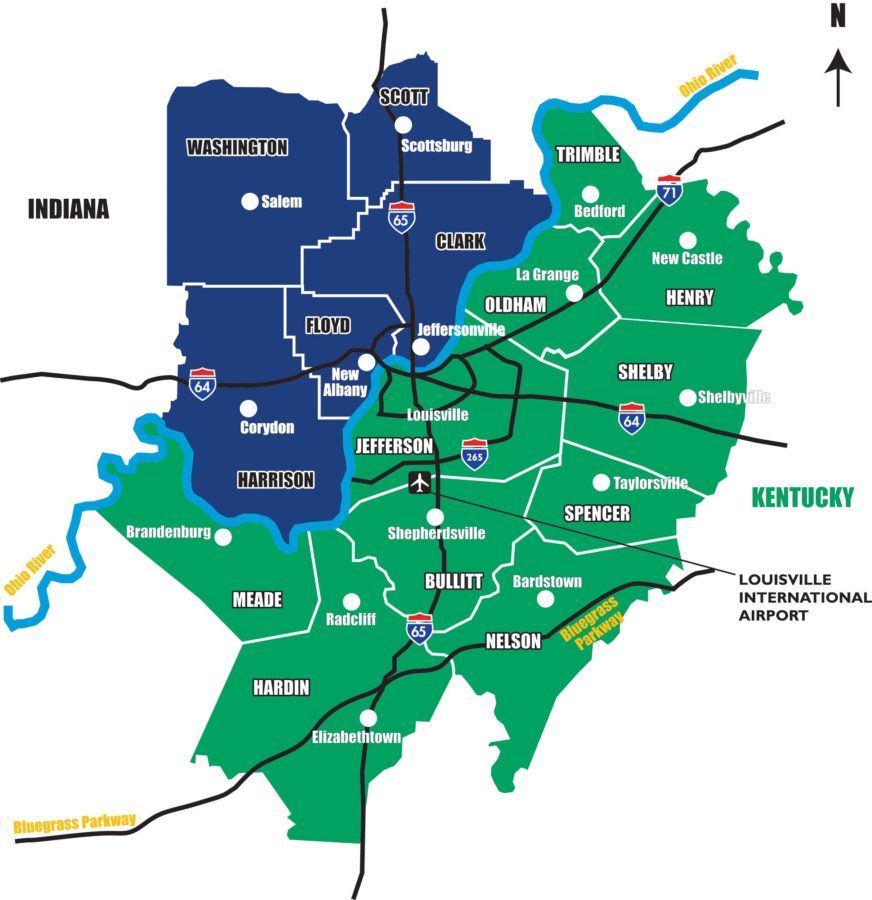 The expansive River Ridge Commerce Center in Southern Indiana continues to attract investment. It posted one of its most successful years ever in 2021, with a record number of projects by private developers and historically strong sales activity. The Jeffersonville business and office park is home to more than 70 companies with employment of more than 10,600 onsite workers. It produces $2.5 billion in economic output and supports more than 17,500 regional jobs, according to a 2020 economic analysis.

Bourbon and tourism are driving growth in several counties, where many of Kentucky’s top distilleries are located. In Nelson County, 11 new projects totaling $264 million were announced between April 2021 and April 2022. Eight were bourbon related, including expansion by Bardstown Bourbon Co., Heaven Hill Distilleries and Sazerac. Log Still Distillery is spending over $24 million on its campus-style facility with a distillery, rickhouses and visitors’ center with music venue.

In Shelby County, one new distillery is in planning and another is expanding. Known for its American Saddlebred horses, Shelby County also has a strong manufacturing base. Companies announced over $400 million in investments in Shelby from April 2021 to April 2022, most related to manufacturing.

Health care, retail and hospitality are fueling growth in other counties. New medical campuses are planned or under construction in Bullitt, Hardin, Jefferson and Oldham counties, and new restaurants and hotels hope to catch the wave of pent-up demand for travel.

The 15 counties of the Greater Louisville region have a population of 1.4 million, over 32,000 business establishments and more than 40 industrial parks. The region has a vibrant entrepreneurial climate and a diversified economy. More than 17% of residents in the region have at least a bachelor’s degree, and nearly 75% own their own homes.

Top employers in the region

Trade, transportation and utilities is the largest industry sector in the Greater Louisville MSA, followed by education and health care. Business and professional services is the third-largest sector, while manufacturing is fourth.

Some of the region’s top employers include:

From single-employee startups to century-old brands, Team Kentucky helps businesses of all sizes select, grow and succeed in Kentucky. Offering low business costs, strong quality of life and expertise across a range of key industries, the commonwealth is prepared to support any company’s needs. With experts in Europe, Asia and throughout the Bluegrass, Team Kentucky responds quickly, builds long-term relationships, assists with workforce training and assures companies get the resources they need for success.