Home » Exploring Kentucky | Batter Up! While away a summer day at the ballpark

Growing up in Hopkinsville, I remember that the treat of each summer was the Pennyrile Fair. Stifling-hot days filled with crazy-fun carnival rides, sloppy chili dogs, sticky cotton candy and with any luck, giant plush stuffed animals. I remember one enormous red-and-white teddy bear that my dad won for me when I was 8 by knocking down a stack of weighted wooden “milk bottles.” He threw a baseball with such force that it actually broke the one it hit. I remember the carny’s mouth dropping open at the power of that hurled orb and the joy in my heart as I carried Red Bear to the car. That’s when Daddy told me he’d played a bit of minor league baseball – as a pitcher – and when I fell instantly for that summer game…cap, glove and bat!

Kentucky’s love affair with hardball began in July of 1865, when the Louisville Grays hosted the first baseball game played west of the Alleghenies under standard rules and trounced the Nashville Cumberlands. These days, fans can follow four in-state professional minor league teams – either in-person or via multimedia options – and learn about the game and its thrilling history at the Louisville Slugger Museum.

The commonwealth’s teams and affiliates include:

If you go to a game, you’re likely to get hooked when you park yourself in the fresh air and watch the boys of summer speeding around bases, out-throwing runners and sliding into home. You’ll need sustenance – frosty suds and steaming-hot brats, perhaps – for all the cheering it takes to help land your team on top at the end of nine innings.

Anyone who says baseball can be boring, with long stretches of inaction, hasn’t attended a game recently. The Florence Freedom, for example, features Fall Beer Fest on Aug. 26, with 20 on-site breweries hawking 40-plus different craft beers. Check the teams’ websites for a variety of game-day activities, many directed toward kids.

Can’t attend a game? You can watch via video or live on MiLB TV or TuneIn Radio.

If you’re a baseball fan, the 16,000-s.f. Louisville Slugger Museum awaits as nirvana on Louisville’s Museum Row. Even if you’re not a fan, this treasure is chock full of fascinating facts and interactive displays for every age and interest.

“If you love America’s game or if you love history, the museum has something for you,” says Lucy English, marketing and communications manager. “We’ve been a part of the Louisville culture and identity since 1884.”

That’s the year the first Louisville Slugger bat was crafted by “J.H. Hillerich, Job Turning.” Now the Hillerich & Bradsby Co., the firm is still cranking them out. In 1997 Louisville Slugger became the official bat supplier of Major League Baseball. Through the years, their bat client contract list has included such household names as Ted Williams, the Boston Red Sox slugger and the last major leaguer to bat over .400 in a season; Joe DiMaggio, the New York Yankee who established a record 56-game hit streak that many experts believe will never be bested; Jackie Robinson, who broke the Major League Baseball color barrier in 1947 when he signed with the Brooklyn Dodgers; and of course, George Herman “Babe” Ruth, who went on to become the greatest home-run hitter of all time and is recognized as the best ever to play the game. His promotion for Louisville Slugger led to it becoming the most recognized brand in baseball.

Opened in 1996, the museum features a signature wall with 6,000-plus autographs of major league players, including “the Babe;” an inspirational film about the game; and galleries of rare collections, where you can hold bats used by such heroes as Mickey Mantle and Cal Ripken Jr. You can take a selfie with a 12-foot-long limestone baseball glove, or see if you can face down a 90-mile-per-hour fastball.

Museum admission includes a 30-minute tour of the Slugger factory, which makes 1.8 million bats per year. You’ll see bats made; learn about different bat-making materials, finishes and colors; and hear about how picky players are about their bats. In the past, a craftsman needed four hours to set up a turning lathe to carve a specific bat model. However, thanks to today’s computer technology, the factory can make a bat for every player on your favorite team’s starting lineup three times over in the time it takes a visitor to complete that tour. While there, you can even have a bat made with your name on it.

Through Jan. 7, 2018, catch an exhibit of sculptures, portraits and stadium replicas built entirely of LEGO bricks. A model of Milwaukee Brewers’ Miller Park constructed of more than 35,000 tiny bricks has a retractable roof that moves.

When you leave the museum, be sure to have your photo taken with the 120-foot-tall, world’s biggest bat at its entrance. Then stroll down the Louisville Slugger Walk of Fame that stretches a mile down Main Street. On it, player honorees are enshrined with a bronze caste of the bat model they used and a bronze home plate with their career highlights.

On a heartwarming note, every Mother’s Day, Louisville Slugger gives two pink bats to every Major League player, one for their favorite “lady,” and one to sign and be auctioned off to raise funds for breast cancer research. That’s a home run in anyone’s ball park.

Take In a Game, See a Bat Made 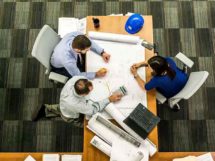 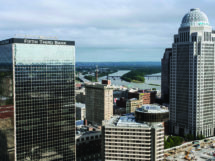 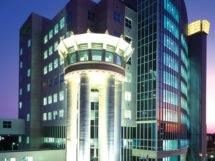