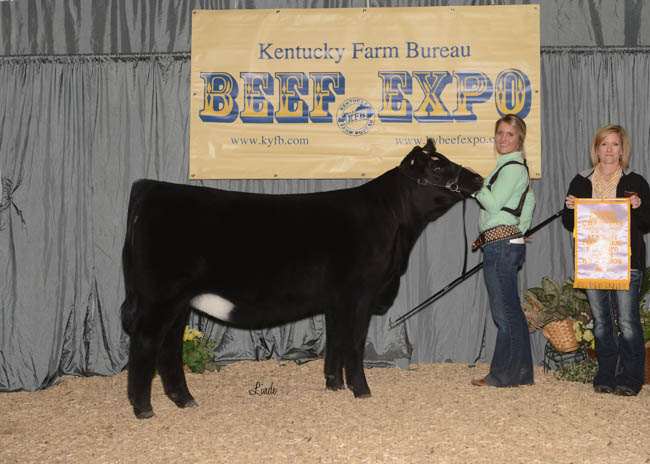 “The Beef Expo has become a staple of the beef cattle calendar in the United States, and the results of the last several years bear that out,” Agriculture Commissioner Ryan Quarles said. “We are Kentucky Proud to be the leading beef cattle state east of the Mississippi River. Congratulations to all the consignors, exhibitors, and juniors on a great event.”

The sale topper was the grand champion bull in the Limousin sale, sold by Fawley Farms of Ohio for $8,750. The top Kentucky animal was a Simmental heifer consigned by Metzger Cattle Co. of Rockfield, which brought a high bid of $7,700. An Angus heifer consigned by Kalli Flanders of Buffalo, Kentucky, was gaveled at $7,500.

The junior show saw 381 cattle enter the show ring, of which 202 were from Kentucky. The judging contest attracted 161 participants.

The Kentucky Department of Agriculture (KDA), Kentucky Farm Bureau, and Farm Credit Mid-America were the major sponsors of the Beef Expo.