By The Lane Report staff

■ Joel Wallace has been named partner at Louisville-based TEG.

■ Vincent Tyra has been named athletic director and vice president of intercollegiate athletics at the University of Louisville.

■ Emmanuel Collins has been named dean of University of Louisville’s J.B. Speed School of Engineering.

■ Mark Whitworth has been named vice president of intercollegiate athletics at Asbury University.

■ Erica Harris has been named executive director of alumni services at University of the Cumberlands.

■ Dr. Steven A. Haist has rejoined the University of Kentucky College of Medicine as associate dean for the Northern Kentucky regional campus.

■ Keeneland has named Barry Bowditch as its new Australasian representative and managing director of Magic Millions, which conducts Thoroughbred auctions each year in Australia.

■ Mitch Arens has been named executive chef for the Hotel Covington, a 114-room hotel located in a restored department store.

■ Jennifer Burnett has joined the Kentucky Association of Counties as director of research.

■ Kevin Akers has been named county commissioner for the 3rd district in Fayette County.

■ Rebecca Grady Jennings has been confirmed as U.S. district judge for the western district of Kentucky.

■ Claria Horn Boom has been confirmed as U.S. district judge for the eastern and western districts of Kentucky.

■ Brian Privett has been appointed circuit judge for the 14th Judicial Circuit, Division 2.

■ Michael D. Hornback has been named special counsel in the Lexington office of Littler, a global employment and labor law practice representing management.

■ Neal B. Curtis has joined the corporate and securities team of Wyatt, Tarrant & Combs.

■ Robert K. McBride has joined Taft Stettinius & Hollister LLP as a partner in the corporate compliance and white-collar criminal defense practice. McBride will work out of the firm’s Northern Kentucky office.

■ Justin Fowles and Carl Lammers have been named members of the law firm of Frost Brown Todd LLC in Louisville.

■ Bob Shurtleff has been named external affairs manager for Kentucky Power. He will be located in the Pikeville office.

■ Linda L. Rumpke has been promoted to vice president of external and customer affairs for Columbia Gas of Kentucky.

■ David S. Beck has been named as the new president and CEO of the Kentucky State Fair Board. Beck comes to the position from the Kentucky Farm Bureau, where he has served as CEO since 1995. 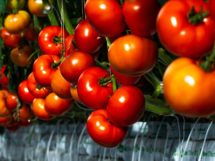 On the Boards: May 2018
Murray State University to begin offering master’s degree in economic development 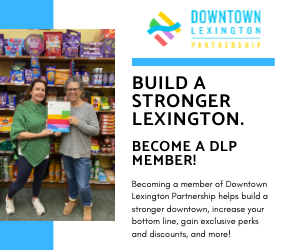