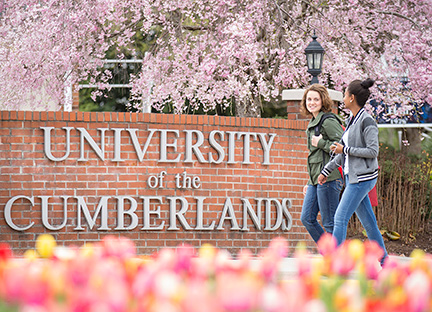 WILLIAMSBURG, Ky. (June 19, 2018) — University of the Cumberlands has announced that tuition costs will remain frozen again this year, marking the third consecutive year tuition rates have remained stable. The decision was made despite the trend of schools across the state to raise tuition rates in response to state budget cuts and lower enrollment figures.

“The mission of this university is grounded in quality academics that allow our students to find opportunity at every corner in life,” said Dr. Larry Cockrum, president of the University. “We put our students first in all we do and work very hard to provide the highest quality education at the best possible price. This tuition freeze is evidence of that. As we move forward, we will work even harder to strengthen the foundation of this university so that every student on this campus benefits academically and financially.”

Financial struggles within public universities have led to drastic budget cuts and, in some instances, tuition increases. A number of schools across the commonwealth have even been forced to cut programs or staff in direct response to cuts made to the budget for Kentucky’s higher education system. Even community colleges within the public KCTCS system have increased tuition in response to state budget cuts. On average, tuition at Kentucky’s public colleges and universities increased 3.9 percent in the 2018 academic cycle.

Struggles with budgets and declining enrollment have not affected University of the Cumberlands as they have affected public institutions. In fact, according to a recent release, the university has actually added programs for the upcoming academic year and enrollment, especially in online programs, continues to increase, partially due to stabilized tuition rates. Tuition for private colleges in Kentucky averages $27,400 per year. Cumberlands’ annual tuition is nearly $5,000 less than that average. Only four of the 18 private colleges in Kentucky offer a tuition rate lower than Cumberlands.

Cumberlands focuses its mission on serving students from throughout Appalachia and enabling them access to a quality but affordable education at a private university. Approximately 55 percent of the institution’s undergraduate students are from Kentucky and almost 50 percent are first-generation college students. The institution awarded more than $33 million in financial aid last year.

“Managing tuition so that a four-year degree is affordable for all of our students is a primary focus for us,” said Larry Rector, director of financial aid. “We continually work to enable our students financially and set them on a course for academic and socio-economic success upon graduation.”

In addition to freezing tuition for the academic year, Cumberlands has also introduced Loan Repayment Assistance Program (LRAP) to its current arsenal of financial aid options, Rector said. (UC already provides 97 percent of undergraduate students with some form of financial aid.) LRAP is a program for eligible Cumberlands students that will pay off those students’ college loans if they are unable to find ample employment after graduation. University officials say LRAP is another avenue to decrease student debt load across campus, thus enabling more opportunities for Cumberlands’ students.

Over the past five years, tuition and fee rates at both public and private institutions in Kentucky have increased up to 30 percent. Prospective college students feel the pressure these increased financial constraints have placed on their families and their own futures. The hope is that this tuition freeze for the 2018-19 academic year will help ease that strain for students, giving them the opportunity to pursue their goals in higher education and beyond.