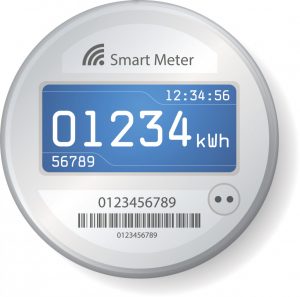 In an order issued today, the PSC stated that, although it “sees benefits in advanced metering,” the two utilities had “failed to provide sufficient evidence to persuade us that the … benefits of the AMS (Advanced Metering System) proposal outweigh the costs here.”

The KU/LG&E application was denied without prejudice, meaning that the utilities may submit a similar plan in the future.

Advanced meters have a radio transmitter that connects to a central communication network. The meters can transmit usage data in real time and also can transmit information about power outages and other unusual events, such as tampering.

Advanced meters have the ability to record usage in small time increments. KU and LG&E stated that customers would be able to use the more detailed information to better manage energy costs.

In rejecting the application, the PSC cited several inconsistencies in the case presented by the utilities, including conflicting calculations of net savings and differing projections of the expected service life of the advanced meters.       The utilities ultimately contended that the meters would last 20 years, but produced minimal evidence in support of that claim, the PSC said.

The PSC also rejected the argument made by the utilities that their reasons for moving to smart meters were substantially the same as those of other electric utilities that have had their applications for smart meter systems approved recently.

The PSC noted significant differences, including:

Noting those flaws and others, the PSC said that the likelihood of realizing a net cost benefit from advanced meters “is too marginal and the risk to ratepayers is too great” to justify approving the KU/LG&E application.

However, the PSC said KU and LG&E could expand existing pilot programs that offer smart meters to customers on a voluntary basis, encouraging the utilities to consider making the pilot programs more user-friendly by providing usage data that is closer to real-time and by offering rate options that utilize the meters’ capabilities. Under the terms of the order, the utilities may double the programs to serve up to 10,000 customers of each utility.

The PSC conducted a public information and comment meeting in the case in Louisville on July 9 and an evidentiary hearing in Frankfort on July 24.

Today’s order, videos of the hearing and public meeting, the KU/LG&E application and other records in the case are available on the PSC website, psc.ky.gov. The case number is 2018-00005.

The PSC is an independent agency attached for administrative purposes to the Energy and Environment Cabinet. It regulates more than 1,100 gas, water, sewer, electric and telecommunication utilities operating in Kentucky.