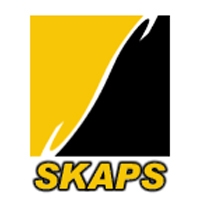 “SKAPS Industries’ decision to keep this recently acquired operation in Kentucky is a testament to the hard-working men and women in Henderson and surrounding counties,” Gov. Bevin said. “We appreciate SKAPS commitment to doing business in the commonwealth, and we look forward to further developing our relationship in the years ahead.”

The project includes upgrading the facility at 5549 State Route 425 and the purchase of additional manufacturing equipment. The investment will give SKAPS more production capacity, facilitating growth.

“We are delighted to be in Henderson and welcome the Matrix Composites employees to the SKAPS Team,” said Scott Mauney, SKAPS vice president of operations. “We look to the Henderson community for their support as the SKAPS Henderson facility will shortly add new textile machinery and other technical capabilities to become a textile leader in fiberglass and reinforcement solutions in North America. As a USA corporation, we are proud to be in Kentucky and look forward to a great future together.”

PBR Inc., which operates under the SKAPS name in Henderson, was founded in 1996 by Perry Vyas and is headquartered in Athens, Ga. The company is a major fabricator of geosynthetic and nonwoven drainage products for environmental and civil use in the US and abroad. Multiple industries – including marine, aerospace and wind energy – use its products. Fiberglass fabric is used for a variety of applications, including roads, railways, ground construction, hydraulic works, canals, dams, erosion control, landfills, waterproofing systems, tunnels, mining and agriculture.

Sen. Dorsey Ridley, of Henderson, said this latest announcement continues a trend of growth in the community.

“We are thrilled to see the continual progress of the manufacturing sector here in Henderson,” Sen. Ridley said. “This acquisition by SKAPS Industries will bring upgrades and expansions to accommodate the addition of 20 new full-time employees.”

Rep. Robby Mills, of Henderson, showed appreciation for the company’s decision to expand the operation.

“Thank you to SKAPS for believing in Henderson, for investing in new equipment, for expanding your facility and for adding 20 good jobs here in Henderson,” Rep. Mills said. “Wishing you and your team members much success in the future!”

Henderson County Judge-Executive Brad Schneider thanked the company for its commitment to the region and said he anticipates more growth in the future.

“This exciting announcement is just the latest in an impressive string of local companies growing and adding jobs here. Henderson County is proud to help SKAPS expand the former Matrix operation,” Judge-Executive Schneider said. “We look forward to watching SKAPS prosper and perhaps make an even larger investment here in the future. We wish the new ownership team and all the staff members at the Henderson facility the best of luck.”

“Expansion of our existing industries is our No. 1 priority at Kyndle,” Iriti said. “We are extremely excited that SKAPS will be adding to their workforce and making this investment in Henderson County. We look forward to working with them for a long time.”

To encourage the investment and job growth in the community, the Kentucky Economic Development Finance Authority (KEDFA) in August preliminarily approved the company for tax incentives up to $250,000 through the Kentucky Business Investment program. The performance-based incentive allows a company to keep a portion of its investment over the agreement term through corporate income tax credits and wage assessments by meeting job and investment targets.

A detailed community profile for Henderson County can be viewed here.