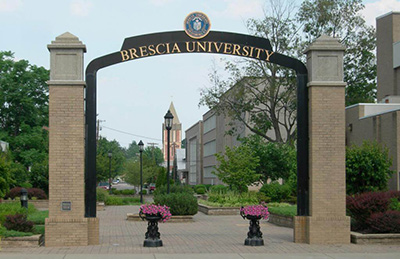 Brescia has been approved by the SACSCOC (Southern Association of Colleges and Schools Commission on Colleges) and the Council on Postsecondary Education of the Commonwealth of Kentucky to begin offering a bachelor of science in agricultural business starting in January 2019.

This program is part of an articulation agreement with Owensboro Community and Technical College.

Brescia hopes to repeat this articulation agreement with other schools in the Kentucky Community and Technical College System (KCTCS). New and adapted courses at Brescia include contemporary issues in agriculture, natural resources economics, environmental economics, and mathematical methods in agricultural economics. Rohnn Sanderson will direct the program.

Hostetter said, “The agriculture business major is a fitting new addition to Brescia’s academic offerings.  With the study of natural resources and current ecological issues combined with one of our anchor programs in the Albert C. Reid School of Business, students will be able to apply ethical use and care for the land in the global industry of food service production. The program embodies several elements of Caritas, selfless love, and uniquely balances stewardship with economics. There is no greater human service than providing food to another, and this degree option will enable this service in a rewarding career option for our graduates.”

New residence halls to be constructed

In addition, in response to the record breaking first-time full-time enrollment and continued projected growth in the resident student numbers, Hostetter announced the plan to construct the first of two 2-story, 36-bed residence halls with construction beginning immediately and concluding prior to Aug. 1, 2019. The first residence hall will be located on the west side of the 600 block of St. Ann Street where three bungalow homes once stood. The second will be located on Eighth Street on the university’s south side.

EOA architects in Nashville, Tenn. will be completing the drawings within the next two weeks and a contractor will be selected by month’s end. The estimated cost is $1.5 million. This will be the third construction project in as many years to be undertaken by the university.

The university broke ground on the $9 million Field Center located on the corner of Ninth and Frederica streets in April 2018. Construction is currently underway with a projected completion date of January 2020. The renovation of the Moore Center began in spring 2016 and opened in August 2017.

These projects are part of a 30-year Master Plan initiative. The university launched The Gateway to Our Second Century capital campaign in October 2014 with a goal of raising $10 million. Currently, $13.5 million has been raised with an increased goal of raising an additional $1 million this year.